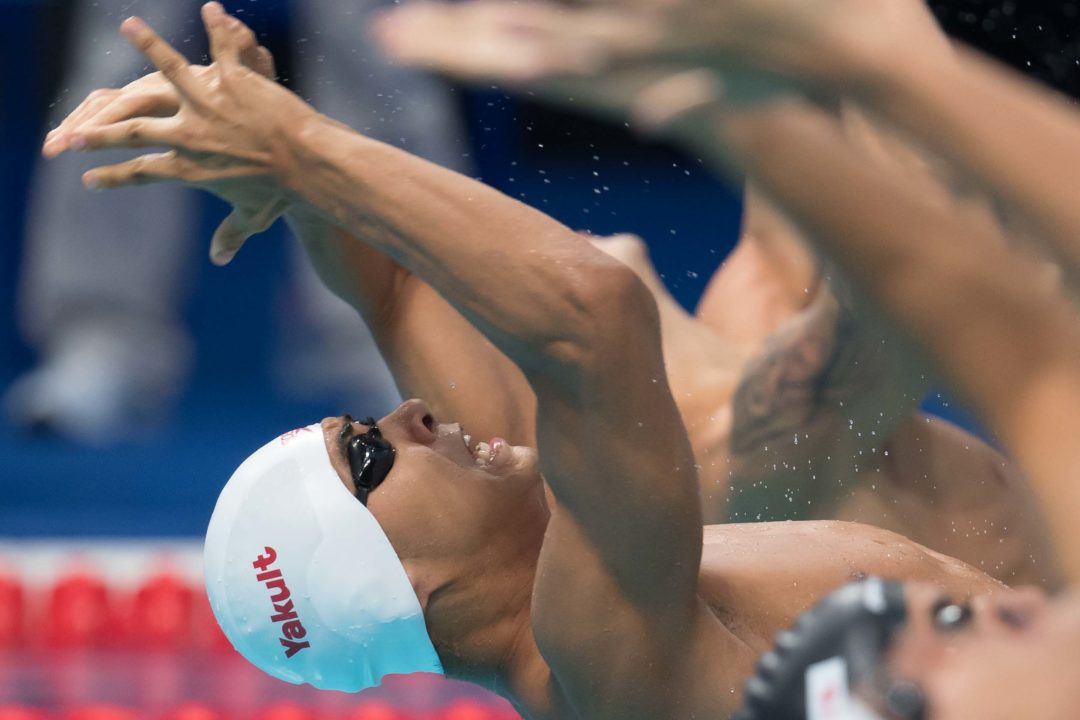 He broke the Canadian Record, which he had set at 50.16 just two weeks ago at the first stop of the World Cup in Berlin. Stock photo via Mike Lewis/Ola Vista Photography

Javier Acevedo is one of several Canadians to break a Canadian Record tonight at the World Cup stop in Indianapolis. Swimming a 49.71, Acevedo finished fourth in the 100 back tonight, just 0.04 seconds off the podium.

Nonetheless, it was a historic swim for Acevedo, marking his first time under 50 seconds in the SCM 100 back. He also broke the Canadian Record, which he had set at 50.16 just two weeks ago at the first stop of the World Cup in Berlin. Notably, Acevedo tied for third with his 50.16 in Berlin, and although he was almost half a second faster tonight, he moved down to fourth.

Here is a split comparison between Acevedo’s previous Canadian Record from two weeks ago and his swim tonight:

Acevedo was out 0.01 seconds slower, but came back a lot stronger, splitting 25.41 on the closing 50 compared to his 25.87 in Berlin. The improvement on the second 50 was enough for Acevedo to break through the :50 barrier, bringing the national record along with him.

Acevedo currently holds individual Canadian Records in the LCM 50 back, as well as the SCM 50 back, 100 back, 200 back, and 100 IM. He set all three of the backstroke records this week in Indianapolis.

I love his enthusiasm for the sport. He leaps out of the green room onto the deck and looks like he is having an awesome time and seems to be really enjoying the sport. Good on him!