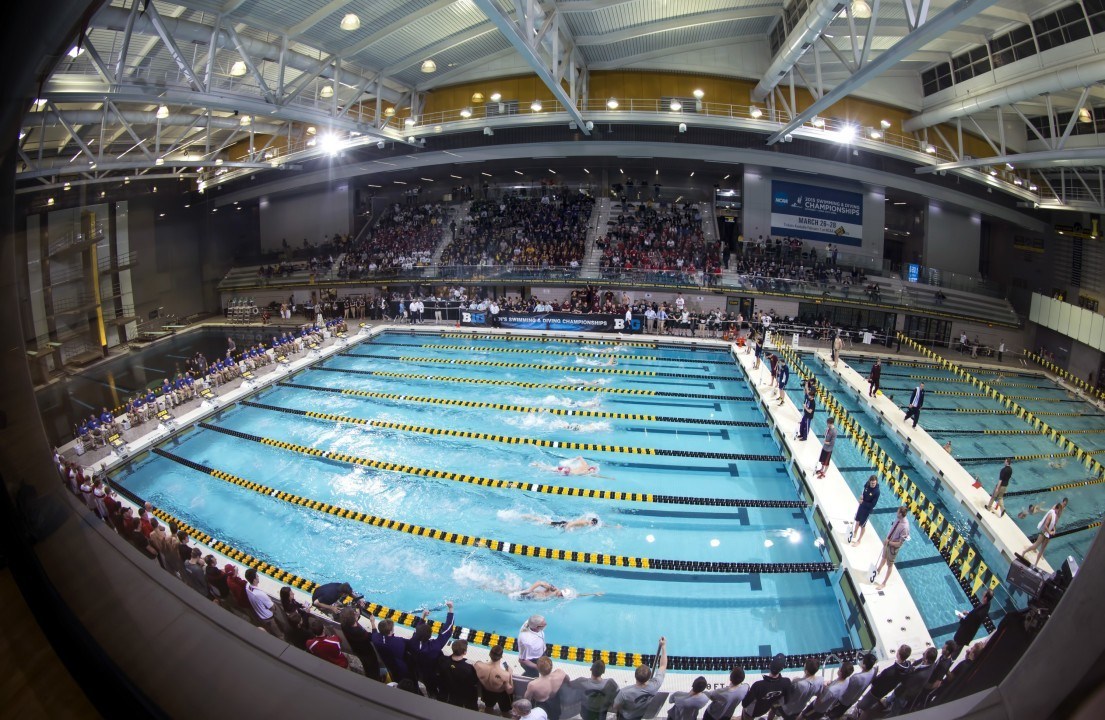 The Fort Collins girls finished a dominant performance at the 2017 Iowa City Sectional Championship meet with 3 more wins and 2 more Meet Records on the final day of competition.

The team’s first win came in the 200 back, where Bayley Stewart won in 1:54.53 for her first individual event win of the meet. She finished 2nd in the 100 backstroke earlier in the meet behind teammate Kylee Alons. That loss was avenged on Saturday – Alons finished 2nd in 1:55.81. Fort Collins went 1-2-3 in the race.

Stewart’s swim broke the Meet Record set in 2010 by Dagny Knutson – one of the greatest high school swimmers in history.

The 3rd win, and last Meet Record, came in the closing 400 free relay, where Coleen Gillilan, Audrey Reimer, Zoe Bartel, and Alons combined for a 3:22.06 in the 400 free relay.

Among the other girls’ winners on the day was Ruby Martin of the Iowa Flyers Swim Club in the 200 fly. She won the 100 earlier in the meet, and in her specialty event, the 200 fly, she did the same by touching in 1:57.14. That put her more than two seconds ahead of her next closest competitor, and came up just shy of breaking another Mary Descenza Meet Record.

The final day of competition for the men saw two big storylines. The first is that 17-year old Alexei Sancov finished off his sweep of the 50-through-500 freestyles with a win in the 100 free in 43.57. That set a new Meet Record, breaking the old mark set by Kyle Bubolz in 2003.

The other is that the boys’ meet was a rare sectional championship that had competitive team scoring that in fact came down to the last race to decide a champion.

The Edina Swim Club had a 41 point lead over the boys from Fort Collins going into the 400 free relay. Both teams had two relays entered, and with finishes worth double points in the relay, that had the potential to result in a huge point swing.

Fort Collins made up 2 of those points by placing 2nd in the relay (behind the Terrapins winners). Their “B” relay took 6th, which, combined with Edina’s “B” placing 14th, wasn’t quite enough to make up the gap. Edina wound up winning by 19 points.

Alexei Sancov is Russian or American or both?

I answer my question myself. He’s Moldovan and competed at last year’s olympic games in the 200 free.