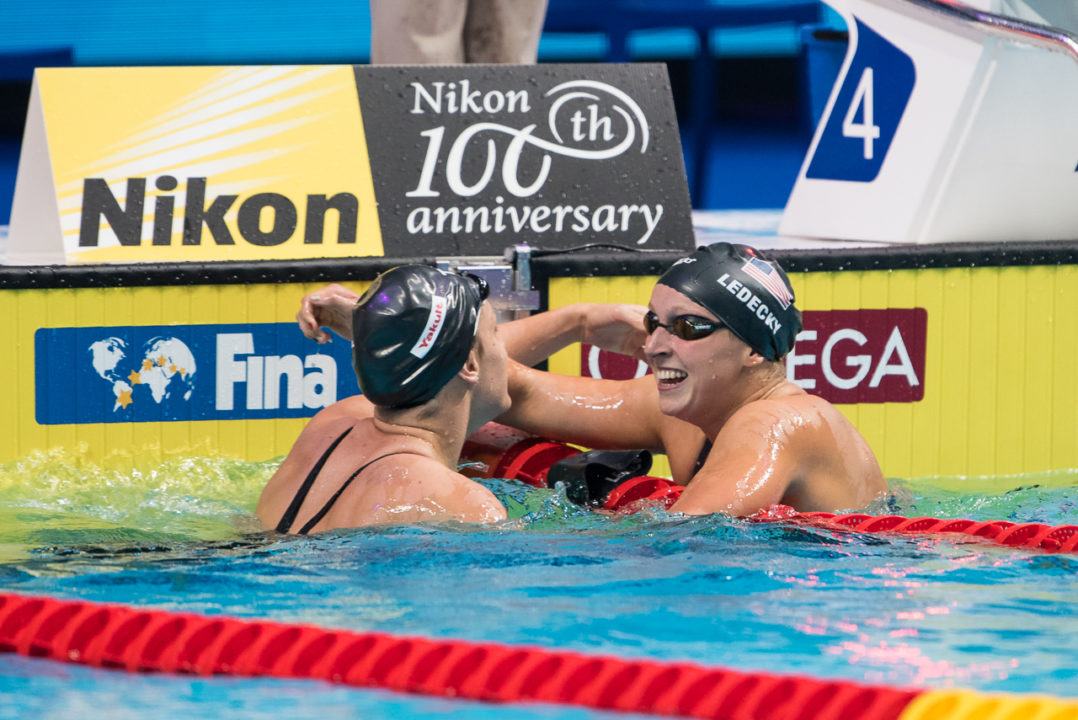 In terms of individual medals, California led the way with 7 total. That was a true team effort, with Ryan Murphy (2), Kathleen Baker (2), Nathan Adrian (1), Jacob Pebley (1) and Farida Osman (1) all chipping in.

With Tim Phillips earning a relay medal with the American men’s medley, the list has now expanded to 20 NCAA programs. Here’s the full final numbers on teams, athletes, nations and medals:

Most Medals By Athlete

Strange to see a woman with 5 medals and all of them gold but nothing from an individual event. It looks like Mallory was used in every relay she was eligible for. She did well but I thought Lia Neal could have anchored that medley morning swim today without risk of failing to advance. Mallory was noticeably tired at the wall following the race.

They could have used Mallory on fly. I suspect she would have been faster than Gibson, hence freeing up Neal for free.

That would have been very intriguing but somewhat of a slap to Gibson.

I don’t know what to think about Mallory in fly. She moved her personal best from mid 59s into the high 57s in the world championship trials, barely stopping in the 58s for one race. With Worrell in the same college program for two years seemingly the improvement would have shown sooner.

This should probably be split up not just by school, but by combined/non-combined programs as well. Cal, Stanford and Texas are all non-combined, therefore tallying their medals together skews things a bit.

I did not know we were keeping track. Point???

We’re going to have to wait for Clark Smith to get it together before Texas can take their proper place.