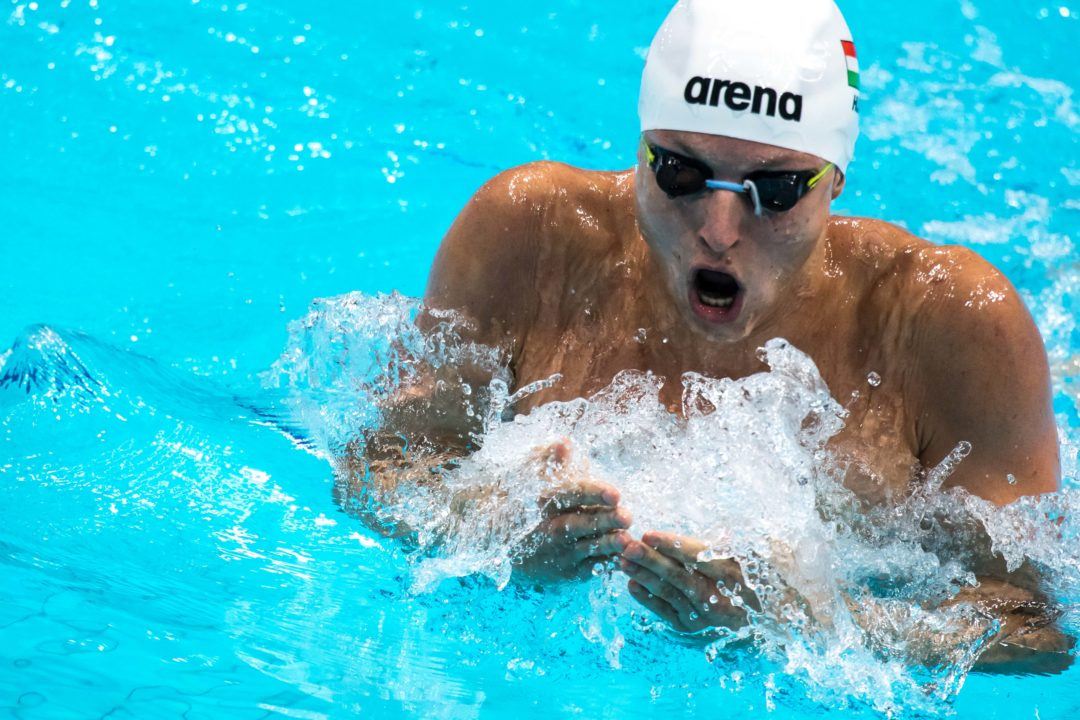 After winning the 400 IM silver medal in front of a home crowd, David Verraszto has closed the door, for now, on retirement rumors. He admits that had he finished off the podium, he might’ve called it quits with the sport. But, now that he’s made it nearly to the top, he’s hungry for more.

“This swimming was 90%, but I am happy, as I have reached the world’s second best time at the World Championships after a very difficult year. I would have wanted to become a world champion, but Kalisz was better than me. My strategy was that I will speed up in the finish and overtake him, but I felt after 300m that this is too much for me, so from there I paid attention to gaining the silver. I am 29 years old now, so if I had finished sixth place, I would have gone to work at a café, but it seems that not only the younger ones can continue swimming. Therefore, I will carry on as I have never won world championships, so I still have motivation.”

Hungarian fans will be happy to know he won’t be serving them coffee and pastries now that the World Championships are over, as he’s one of just three Hungarian men that medalled individually this week in Budapest.