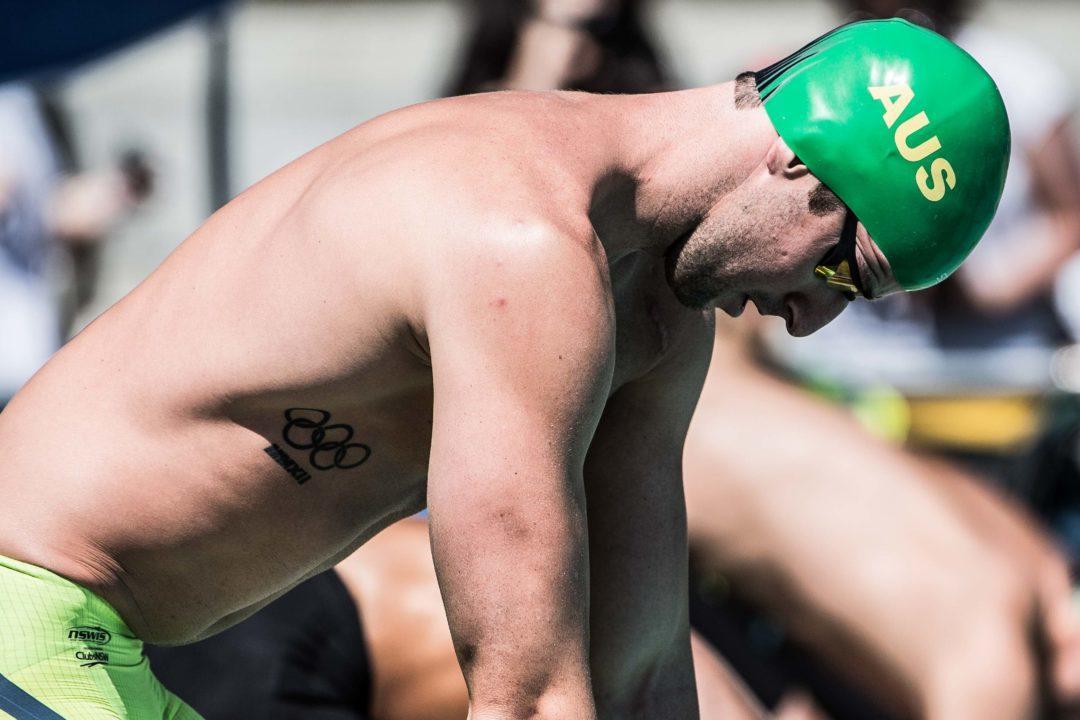 Magnussen describes his plan for racing as much as he could in 2013-14 and how he came to casually drop in-season 47s seemingly every time he hit the pool.  Current photo via Mike Lewis/Ola Vista Photography

As promised, we brought back Aussie legend James Magnussen for part 3 of his swimming story. Maggie brought us through the tail end of his career, post-2013 world champs all the way to the 2016 Olympic Games. Before his shoulder injury in 2014, Magnussen describes his plan for racing as much as he could and how he came to casually drop in-season 47s every time he hit the pool.

It’s worth a listen to hear this candid account of what being on top of the world can feel like… and how that feeling can bring you back down. James speaks to the fact that even though he could go 47 anytime, he was unmotivated by anything that wasn’t Olympic gold. He was partying probably more than he should have to pass the time between the Comm games in 2014 and the Olympics, which as any swimmer knows is a long road. And then injury occurs.

Great interviews, great storyteller. I remember losing a considerable amount of money in 2012 when he lost to Adrian, I guess he convinced me when he said “brace yourselves” after going 47.10 in trials.

Great interview, glad he is finding success after swimming

Have him call Tony

I mean I get he is a world class swimmer and then some. But if he actually hasn’t been training I can’t believe that at all.

Maybe if it had been SCM, but he said it was LCM. He didn’t go consistently under 22 when he was training.

Tbh I think NOT training probably helps Maggie in this situation. He’s got such a base from his career and obviously has an insane natural feel for the water.

Now all he does is lift (lots and lots of heavy weights, dude is jacked) and all that probably combines for popping off a stellar 50

I just don’t buy it.

Still faster than I could ever do in a million years even if I was training? Sure.

But as fast or even faster than he was when he was training and at his peak I just find very hard to believe.

To be clear, it could be a combination of bad split timing and great relay start and charitable rounding etc. rather than dishonesty.

Could imagine it was a +.0something relay start.

With +.6 reaction time and +.1 for the slower flat start dive, might reflect more of a 22.low-mid range for an actual dive 50.

Still insane, but I could definitely see him doing that.

At least it wasn’t monotonous 🙂