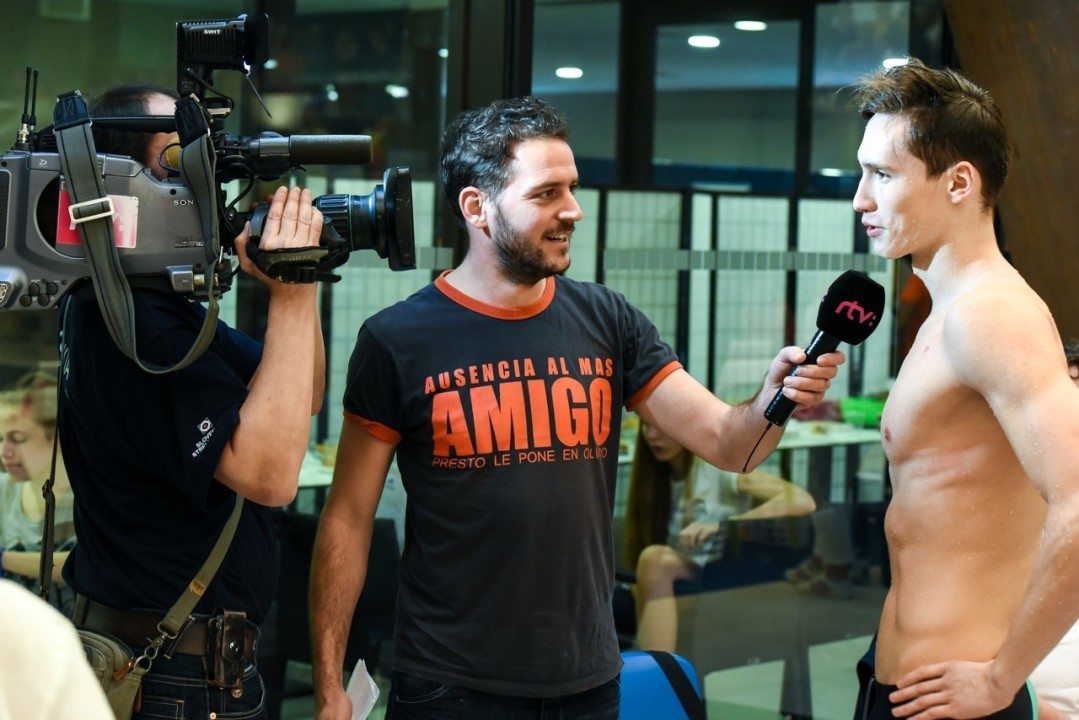 The Slovak Championships in swimming in the short course pool for juniors and seniors took place in the photogenic Elements Resort in Samorin-Cilistov during the weekend 18th-20th of December 2015. In all, 297 swimmers from 41 swimming clubs raced 1413 times. Current photo via Peter Sukenik/www.petersukenik.com

The team of Jana Pavalic, Lucijana Lusick, Matea Ivekovic, and Mia Hren posted a time of 3:49.56 to set a new Croatian Record in the women’s 4×100 free relay.

17-year-old Roos Vanotterdijk set a new Belgian National Record in the women’s 50 backstroke, posting a time of 28.50 in the semi-finals of the event.

Moluh took 0.07 off Daria Vaskina’s championship record in the girls’ 50 back, and is the heavy favorite to take gold headed into the finals.

(All photos courtesy of Peter Sukenik/www.petersukenik.com)

The Slovak Championships in swimming in the short course pool for juniors and seniors took place in the photogenic Elements Resort in Samorin-Cilistov during the weekend 18th-20th of December 2015. In all, 297 swimmers from 41 swimming clubs raced 1413 times.

It was clear from the first half a day of competition that these Championships would be full of great achievements and national records.

The most significant achievements were of course senior records.

One hundredth of a second away from swimming 100m freestyle under 48 seconds was 17-year-old swimmer Vladimir Stefanik from the club KPS Nereus Zilina. With the time of 48.00 he set not just a new junior but also a new senior record. 820 power points from this new record got him into the first place on the European junior swimming charts. Stefanik, who trains under the coach Juraj Skopal, is ahead of Italian swimmer Alessandro Miressi who is ranked second by 72 hundredths. He managed to improve the previous record he had set in the time of 49.42 at the Autumn Championships of the Central Slovak region by 1.42 in a month! Currently besides 100m freestyle he is also a record holder in the 50m freestyle (22.15) and 50m butterfly (24.31) in junior category in short course meters.

The list of Slovak junior records was rewritten 8 times in 6 disciplines. National records were swum in morning heats and also afternoon finals in 50m freestyle and 50m backstroke.

Excellent times were achieved by younger swimmers during the three days of competing, too. Records were broken in the categories of 14-, 13- and 12-year-olds.

These Championships earned two attributes. They were the last Slovak swimming meeting in 2015 and at the end they were named ‘fantastic’ in the light of the achievements.