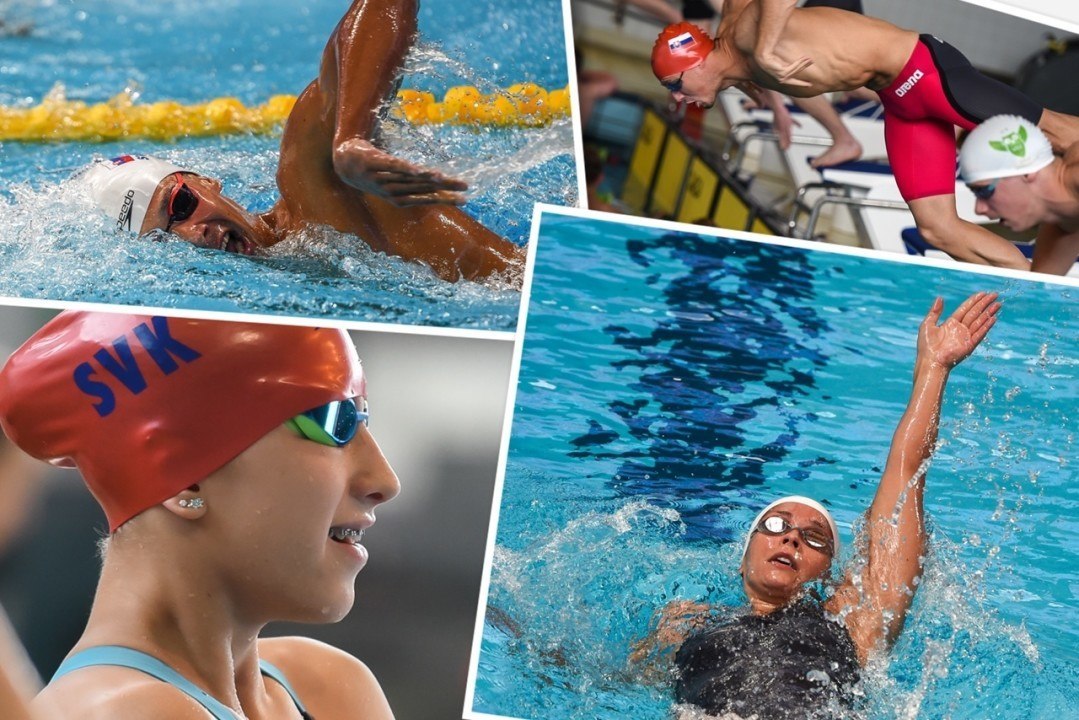 Swimmers from ten Slovak teams were facing the competition of swimmers from ten countries during four days of swimming at... Archive photo via Peter Sukenik/www.petersukenik.com

Swimmers from ten Slovak teams were facing the competition of swimmers from ten countries during four days of swimming at the International Championships in Austria in short course meters. Slovak athletes managed to win 7 gold, 6 silver and 9 bronze medals in total; besides that, six Slovak records were broken at the meeting.

Two of the records were swum by Katarina Listopadova from the club VSC Dukla Banska Bystrica. The Olympic swimmer from London, who trains under famed international coach Dirk Lange, broke the 50m and 100m backstroke national records. On 50m she improved her almost two-year-old record from Herning by 6-hundredths to the new time of 26,83s. She managed even greater achievement on 100m. On the 14th of November in finals of 100m backstroke Katarina became the first Slovak female swimmer ever to swim this race under 1 minute. With new time of 58,89s she also broke the previous record of 1:00.29 set by Olympic swimmer Martina Moravcova. Martina’s record hadn’t been beaten from 1999.

Similar success was achieved by Pavol Jelenak from club J&T Sportteam Bratislava. The record in 200m freestyle that stood until this week was swum by Lubos Krizko in 2000 in Athens in a time of 1:48.65. Pavol cut this fifteen-year-old record to the time of 1:47.59.

Jelenak’s teammate, Richard Nagy, won in total five medals in Graz, but he also became the new Slovak record-holder in 200m IM. The old record set by Miroslav Aschengeschvantner in Adelaide in 2014 was surpassed by more than 2 seconds. Richard’s new time is 1:58.41, which is incidentally the first time someone swam it under two minutes in Slovakia. Richard currently holds 9 Slovak records, besides individual medley, he is a record-holder in the 400m, 800m and 1500m freestyles in both the short and long course pool.

The last two records were achieved by young talented swimmer from the club PK STU Trnava, Barbora Tomanova. She left Graz as the new record-holder in the 100m freestyle in a time of 57.43s and 200m backstroke in a time of 2:18.17 in the category of fourteen-year-olds.

The meet in Graz concluded the qualifying period for Slovak swimmers for participation on European Championships in December in Netanyi, Israel. In all, time-limits for qualification were met by 13 swimmers.

Slovakia will be represented at the end of this year in Israel by Olympic swimmers Katarina Listopadova and Tomas Klobucnik, along with Richard Nagy, Karolina Hajkova, Barbora Misendova, Andrea Podmanikova, Marek Botik, Karin Tomeckova, Miroslava Syllabova, Pavol Jelenak, Miroslav Aschengeschvantner and Lucia Ledererova. Matej Kuchar is currently working as a coach in Australia and he won’t be attending the European Championships.