Chase Kalisz is the 2016 Olympic silver medalist and defending World Champion in this event, while Seto is the World and Olympic bronze medalist. 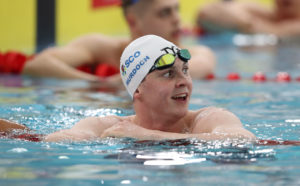 Stirling duo Aimee Willmott and Ross Murdoch got it done in Glasgow tonight. 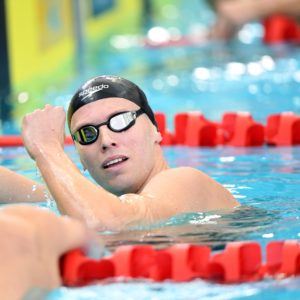 Lurking as the 5th seed out of the men’s 400m IM heats here in Stockholm, TFH turned it on tonight to crank out a winning effort of 4:14.32.

Rikako Ikee made an appearance in Manchester, coming within half a second of her own SCM 100 fly national record tonight. 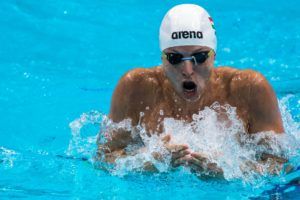 David Verraszto will seek his 5th straight medal and 3rd straight title in the 400 IM at the European Championships.

Richard Nagy is a Slovakian distance freestyle and medley specialist.

Nagy has been a regular on the Slovakian team since 2008 when he made his first appearance for his country at the European Junior Championships finishing 6th in the 400 meter individual medley. In 2011 he made his first senior appearance at the World Cup in Berlin and the European Short Course Championships, swimming the 1,500 meter freestyle at both events. He made his World Championship debut in Barcelona in 2013. At 20 years old he finished 19th, 20th and 21st in the 800, 1,500 and 400 meter freestyle.

Just after winning his first international medal, a silver in the 400 meter individual medley at the European Championships, Nagy made his Olympic debut in Rio. The 23-year-old just missed a spot in the final of the 400 meter individual medley. He finished 9th in the final in a new best time of 4:13. 87. In the 1,500 meter freestyle, Nag finished 34th in 15:26.48. Nagy also swam in the 10 kilometer open water event where he finished 20th.