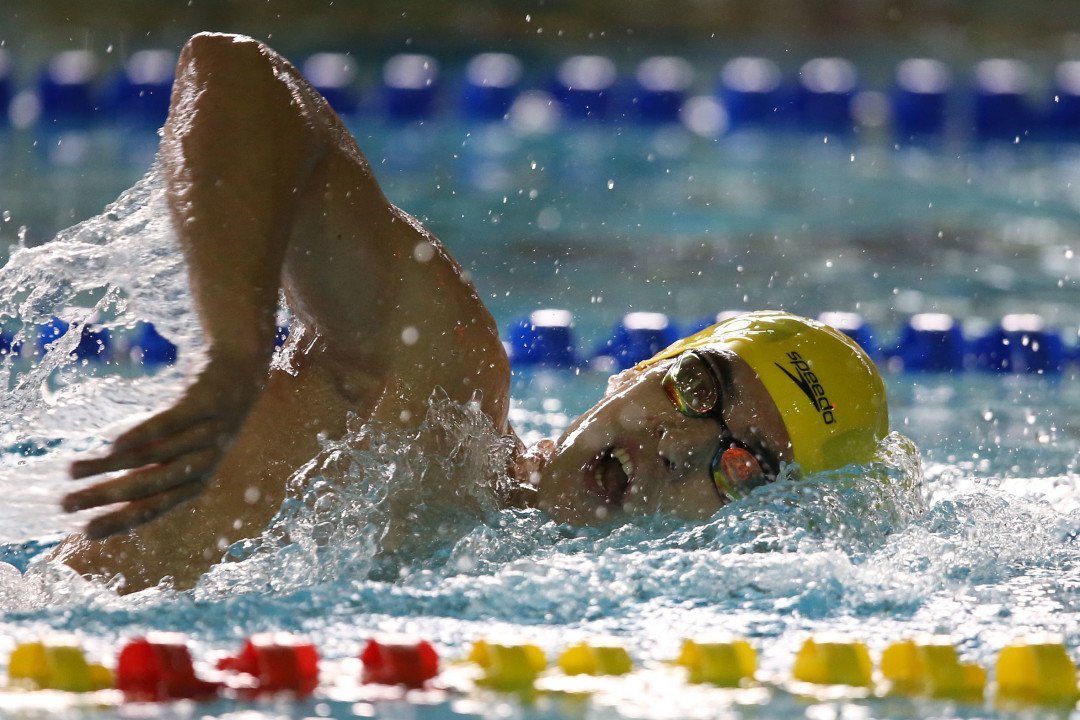 One South American continental, three Venezuelan, two Argentine, and one Ecuadorian records were set yesterday at the final day of competition at the 2016 South American Championships. Current photo via Satiro Sodre

A score of records fell yesterday on the final day of competition at the 2016 South American Championships in Asunción, Paraguay. Esteban Enderica led the way, lowering his own South American continental and Ecuadorian national record in the 1500 free.

He hit the wall in 15:08.57, well beneath his previous mark, a 15:09.82 set at the Brazil Open back in December. Enderica’s spot on the Ecuadorian Olympic team is set, given that both swims came in well beneath the FINA ‘A’ standard, a 15:14.77. This will be Enderica’s second Olympics; he finished 29th in the heats of the 400 IM in London.

Enderica’s swim this weekend moved him up from 16th to 15th in the world rankings.

The Venezuelan team broke three national records on the final day of the meet. Leading the way was 20-year-old Carlos Claverie, who came in six seconds ahead of the field to win the 200 breast in 2:10.44. He finished well beneath the FINA ‘A’ standard of 2:11.66, and he moved from 17th to 12th in the world rankings.

The Venezuelan 400 medley team of Robinson Molina, Claverie, Albert Subirats, and Cristian Quintero swam a national record 3:36.88 to beat out the Brazilian team. In addition, Mercedes Toledo set a Venezuelan record of her own in the prelims of the 200 breast, qualifying first in 2:31.27. In finals, she fell back to third place with 3:31.61.

The Argentine swimmers also came in with a pair of national records. Julia Sebastián set a new national record in the 200 breast, winning the event in 2:27.03. Unfortunately, she just missed the FINA ‘A’ standard of 2:26.94.

In the 400 medley relay, Sebastián’s teammates Andrea Berrino, Macarena Ceballos, Virginia Bardach, and Maria Diaz grabbed a new Argentine record with 4:07.48, outswimming the Brazilian team by over a second.