Sjostrom & Coleman Not Competing For Sweden At European SC C’ships 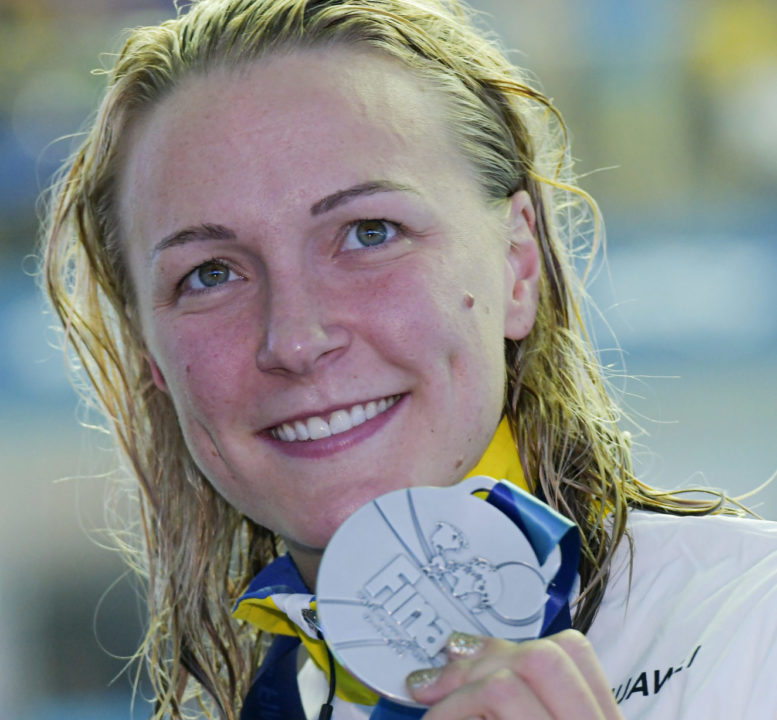 Sarah Sjostrom won 4 individual medals at the 2017 edition of the European Short Course Championships, but the Swede will be opting out of this year's event. Archive photo via Gian Mattia D'Alberto - LaPresse

The nation of Sweden finished in 5th place in the overall medal standings at the 2017 edition of the European Short Course Championships. However, for this year’s competition set for December 4th-8th in Glasgow, Scotland, look for Sweden to drop down the list, as several key swimmers will be opting out of the 2019 meet.

The Energy Standard squad is set to compete in its ISL Derby Meet November 23rd and 24th in London, England and, if the team is ultimately successful, the championship meet December 20th-21st in Las Vegas.

Michelle Coleman will also be skipping this year’s European Short Course Championships. Although not a member of an ISL squad, Coleman has decided to focus on training. She told the news outlet, “Since I have competed all Autumn, I have given up my stamina a bit and focused on speed and strength.

“After the last cluster of the FINA World Cup in November, we will go to Thailand and put in a slightly larger block of training for the Olympic season.”

Erik Persson, Simon Sjodin and Robin Hanson are among those Swedes who will be making the trip to Glasgow to represent Sweden.

Sjostrom reaped gold in the women’s 50m free and 100m fly individual events, while also snagging 100m IM and 100m free silver in Copenhagen back in 2017. Both she and Coleman were integral contributors to the relays as well.