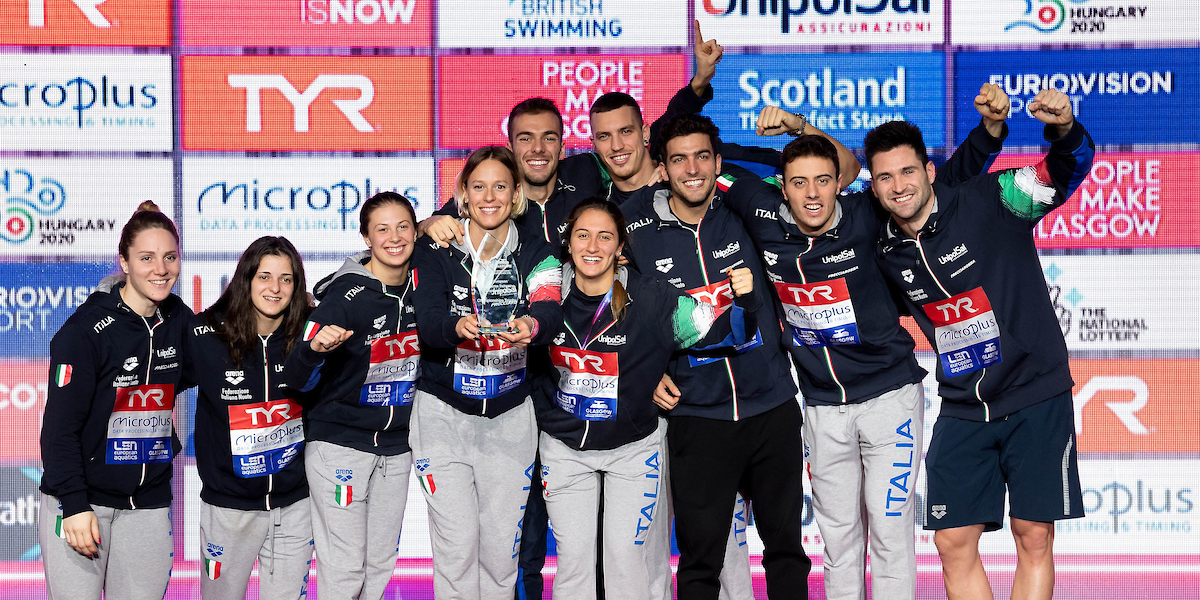 2019 stands as Italy’s most successful Short Course European Championship ever. With 20 medals, they beat out the country’s 2010 performance. Current photo via Giorgio Scala / Deepbluemedia / Insidefoto

The Italian team sent a huge roster of 41 swimmers tothis year’s European Swimming Championships in short course meters, and they had a record-setting result, in more ways than one.

Their 20 medals were the most that Italy has ever scored in that meet, and they added National Records in 12 events. Their previous best medal output was 18, at the 2010 European Championships, which included 4 gold, 7 silver, and 7 bronze medals.

At the 2017 Copenhagen short course championship, Italy had 5 gold, 7 silver, and 5 bronze medals – a mark that they improved by 3 medals two years later.

14-year old rising star Benedetta Pilato followed up a silver at the 2019 FINA World Championships in Gwangju last summer, has collected gold in the 50 breast with a new National Record, projecting herself as one of the most interesting novelties of the swimming scene.

The President of Italian Swimming Federation and LEN, Paolo Barelli said in a FIN statement:

“We are proud to have achieved these results. These are the result of the work of the athletes, the professionalism of the technicians and the synergies created with the teams and the federal planning. These results follow the positive trend of the national team, which has been going on for many years. Now the athletes are expected by the winter Nationals through which they can already begin to qualify for the Olympic Games. The season in the long course will be difficult until the Tokyo Games and full of important events such as the Spring Nationals, the European championships and the Settecolli Trophy. Good luck to you all”.