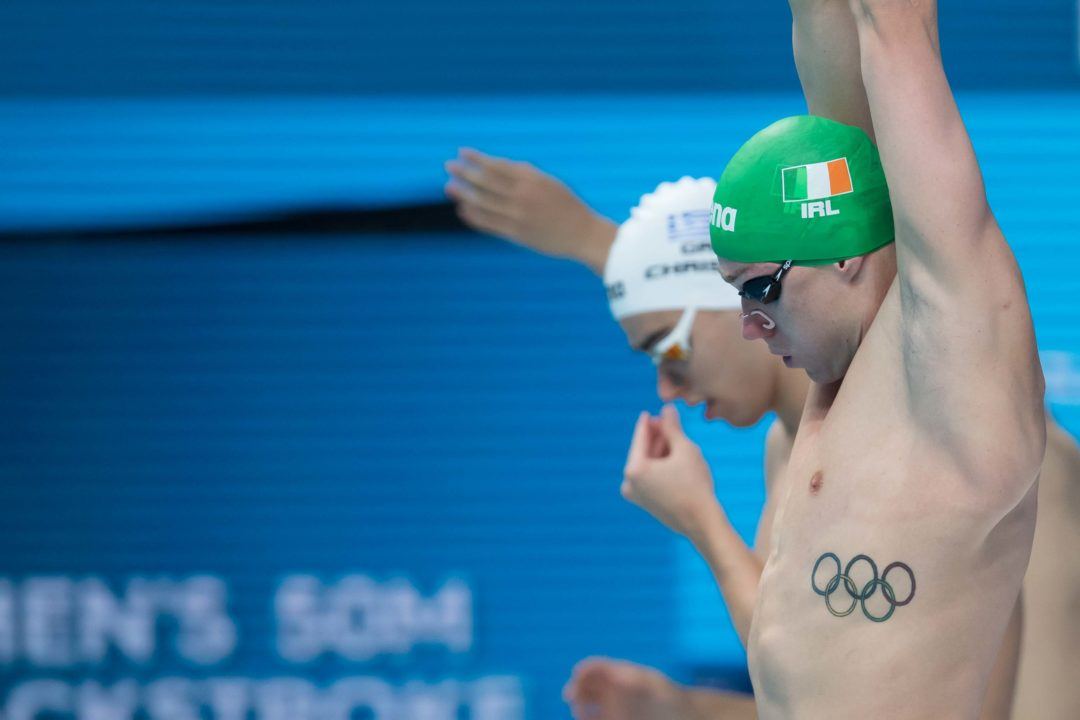 While competing in the morning session on day 2 of the Irish Open Swimming Championships, 24-year-old Shane Ryan took down the Irish national record in the men’s 100m freestyle. Taking the race out in an opening 50 of 23.10, Ryan closed in 25.58 to produce a new lifetime best of 48.68 to claim the top seed in the event with the only sub-50 second time of the field.

With is 48.68 this morning, the former Penn State standout overtook the previous Irish national record of 49.44 held by Jordan Sloan since just last year. This means Ryan has just become the first Irish swimmer to ever break the 49-second threshold with his performance in Dublin this morning. He time places him just outside the top 10 marks of the season worldwide.

Stateside, Ryan trains under Sergio Lopez in the newly formed Tiger Elite racing group based at Auburn. World-class athletes Kevin Cordes and Alia Atkinson are among those also training with the group.

He’s American. Ask him. just can’t get on their team