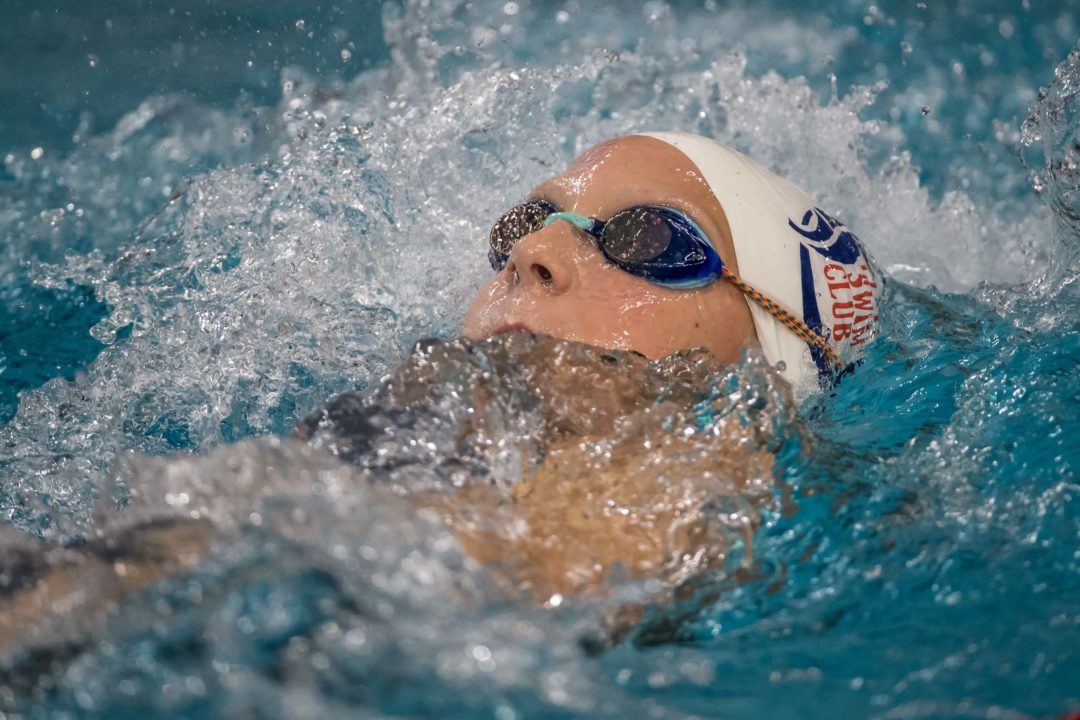 The 2018 Irish Open Swimming Championships kick-off next week in Dublin and, although key athletes from the area will be in Australia for the Commonwealth Games, the meet’s psych sheets are still sprinkled with budding talent. Several of those rising stars stem from the United States, as 13-year-old Claire Tuggle heads up an age group contingency attending the meet.

Tuggle, of recent national age group-wrecking fame stateside, will accompany the likes of stars n’ stripes teammates Hayden Curley, Spencer Walker, Charles Scheinfeld, Anna Keating, Kylie Powers, Madison Kolessar and Annika Wagner, among others. For versatile Tuggle, she enters the Irish Open as the top seed in both the 400m and 800m freestyles and the 2nd seed in the 200m free race. The group is part of the NCSA Junior National Championship team that was selected from the results of their spring national championship meet earlier this month.

Domestic talent Mona McSharry will be going after her own breaststroke national records next week, alongside countrymen Nicholas Quinn and former Penn State standout and American national teamer Shane Ryan.

Several Bath-based swimmers will also be competing in Dublin, such as freestyle maestro Tom Derbyshire, breaststroker Charlie Atwood and multi-event threat Georgia Coates. Olympian Christopher Walker-Hebborn will most likely be Ryan’s primary rival in the backstroke races, as the Englishman came up short of making his nation’s Commonwealth Games roster.

I think that Claire Tuggle is still 13 years old.

Yep, until some point this summer. It will be interesting to see how Tuggle adapts to a quick transition over to a LCM swim meet (shortly after all these life-time bests in Orlando). Good international experience for such a young swimmer.

She swam in Austin this January.
200 – 2:02.65
400 – 4:16.16
800 – 8:54.28
So the transitions between different types of course is not a problem to her. She probably hasn’t developed preferences yet. What would be interesting to watch is her progress because each month matters in this age. It was the case with Ledecky, Oleksiak and many others when they were around 14 yo.

Most countries in the world use the age on 12/31/xxxx to calculate the age of athletes (including FINA).

I think most countries it varies…. at least here in North america (US/Canada) but we are moving that direction