After Setting SA Record Last Year, Maranhao Dropped by Club for Being Too Old 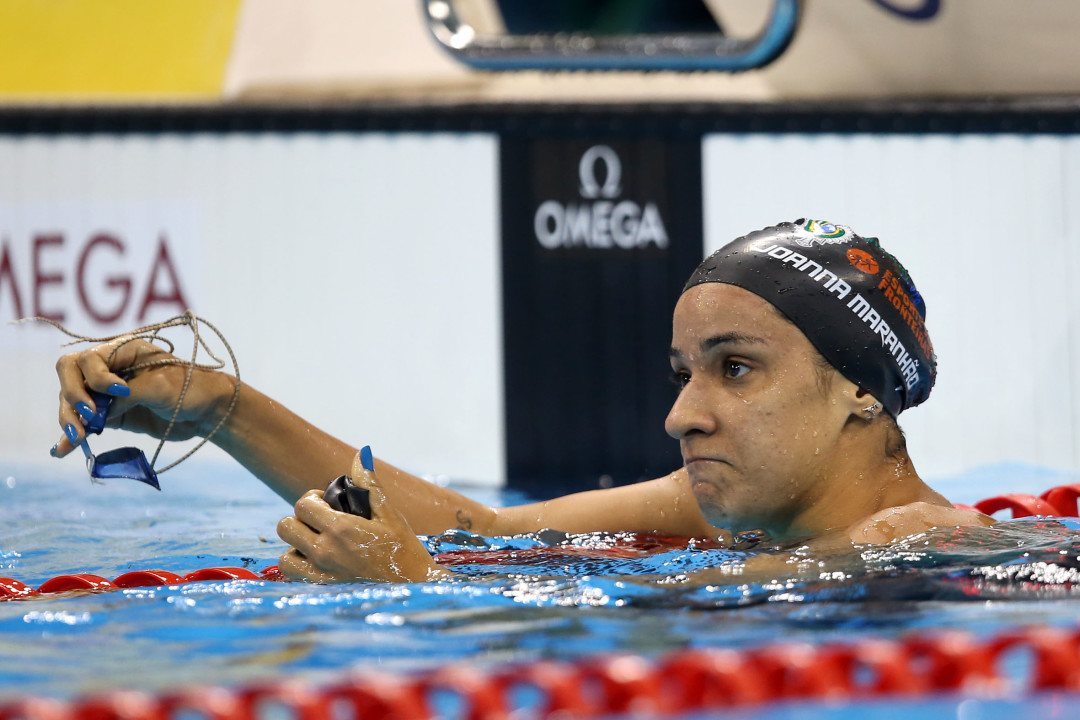 Brazilian swimmer Joanna Maranhao, who was part of the 800 free relay that broke a South American Record at the Rio Olympics, has been dropped by the Pinheiros swim club on the basis that she's too old to swim in Tokyo 2020. Archive photo via Satiro Sodre/SS Press

Brazilian swimmer Joanna Maranhao, who was part of the 800 free relay that broke a South American Record last year, has been dropped by the Pinheiros swim club on the basis of her age. The 29-year-old swam the 3rd leg of Brazil’s record-setting relay at the 2016 Rio Olympic Games, splitting a 2:00.09. She teamed up with fellow Brazilians Manuella Lyrio, Jessica Cavalhero, and Larissa Oliveira on that relay to set a new South American Record at 7:55.68.

The Pinheiros club justified dropping Maranhao by asserting that she’d be too old to qualify for the Tokyo Olympic Games in 2020. At that point, Maranhao will be 33 years old. When we look at past Olympics, however, we can see that plenty of swimmers in their 30s have swum in the Olympics. That includes Dara Torres, who swam to a silver medal in the 50 freestyle at age 40 in the 2008 Beijing Olympics. The big difference between Torres and Maranhao, of course, is that Maranhao is training for longer events.

Despite being dropped by Pinheiros, Maranhao isn’t backing down from her training. She’ll now continue swimming at the University of Santa Cecilia (Unisanta) in 2017. Her next goal is to be selected for the World Masters Championships, which will take place in August 2017.

Actually, her goal is to swim the World’s Championship, not the Masters one.

She’s SRILL better than any other SA women in the IMs/ 200 fly and hasn’t slowed down much as she’s gotten blister to the ZBig 30,

Oh snap! Hopefully she has the persistence, funding, and genes to prove them wrong.