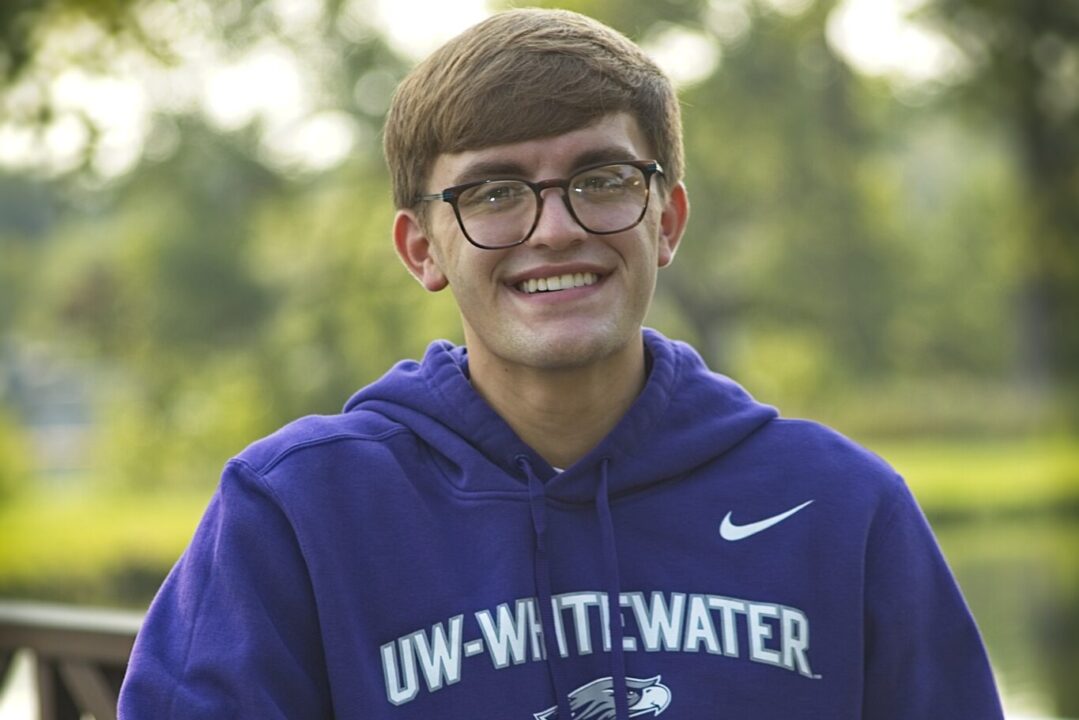 Daniel Keller from Omaha, Nebraska has announced his verbal commitment to compete at NCAA D3 University of Wisconsin-Whitewater in the fall of 2022.  Current photo via Daniel Keller

Daniel Keller from Omaha, Nebraska has announced his verbal commitment to compete at NCAA D3 University of Wisconsin-Whitewater in the fall of 2022.

“As soon as I got on campus, it felt different than the other places I had visited. After meeting with professors, coaches, and teammates there, I knew that the University of Wisconsin-Whitewater is where I wanted to spend my next four years. I am so thankful for the outstanding support I’ve received from my family, my friends, and my coaches throughout my swimming career, and I’m very excited to be a part of the Warhawk Swim and Dive family. Go hawks!”

Keller is currently a senior at Papillion-La Vista High School and competes for Sarpy County Swim Club. At Sarpy County, he is a multi-time Sectionals qualifier, primarily focusing on the breaststroke and IM events. Last month, Keller swam personal best times in the 200 breaststroke, 200 butterfly, and 400 IM at the Sectional Championships in Columbia, where he also made the final of the 200 breaststroke finishing 28th overall.

When he arrives in Wisconsin, Keller should immediately contribute as a points scorer for the team. With his current best in the 200 breaststroke, Keller would have been the fastest swimmer on the team’s roster last season. In the 100 breaststroke, his best time would have ranked 4th on the roster, with multiple swimmers ahead of him hitting times within .5 of his personal best. He’ll also have several options to choose from for his third event, as his times in both the 200 and 400 IM would have been the fastest on the roster last season by a wide margin.

At the 2022 Wisconsin Intercollegiate Athletic Conference Championships, the UW-Whitewater men finished 4th out of 5 teams. With his best times, Keller would have qualified for the A finals in both the 200 IM and 400 IM, while he would have made the B-finals of the 100 breaststroke and 200 breaststroke.

With his commitment, Keller is set to join Zak Nowakowski, Matt Ozog, Brady Peetz, and David Cummings in Whitewater’s class of 2026.