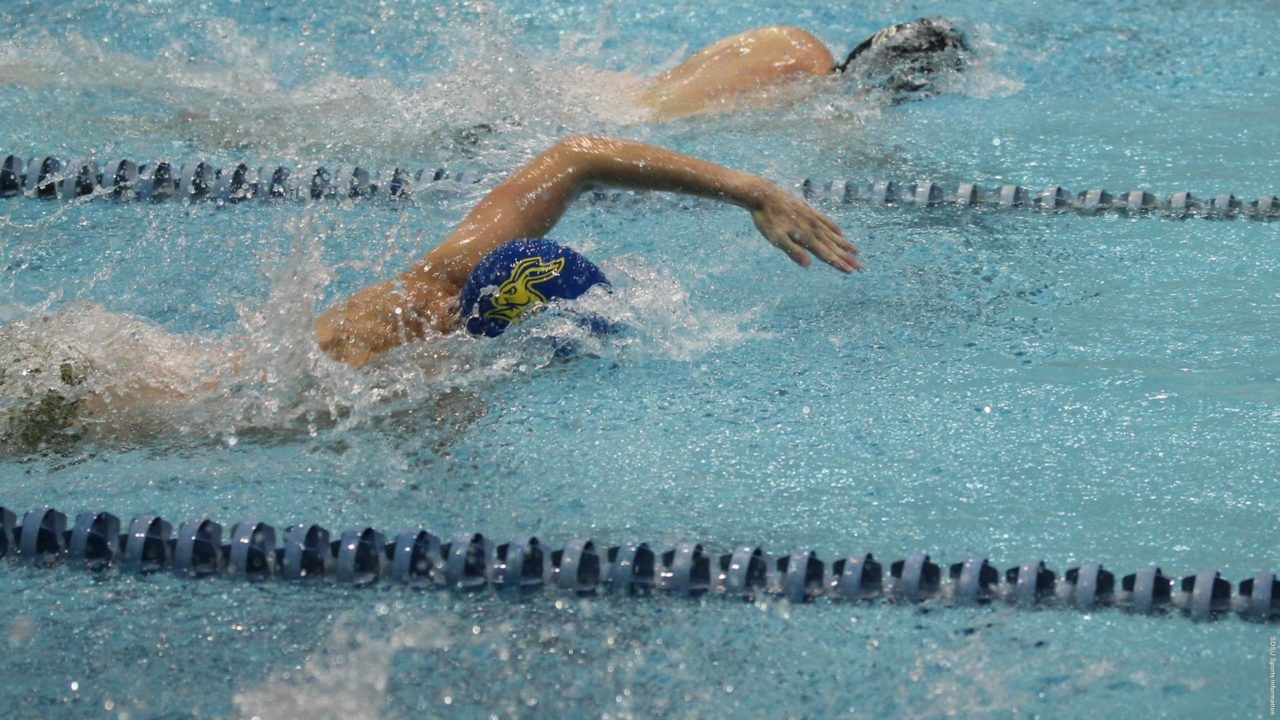 "This weekend was very encouraging as we prepare for the conference championship," said SDSU head coach Doug Humphrey. Current photo via SDSU Athletics

“This weekend was very encouraging as we prepare for the conference championship,” said head coach Doug Humphrey. “There were a lot of impressive swims and performances. I’m very proud at what we saw and very excited for what we will see in a couple of weeks.”

Up Next
South Dakota State looks ahead to the Summit League Championship Feb. 19-22 at the Midco Aquatic Center in Sioux Falls.

SIOUX FALLS, S.D. – The Omaha swimming & diving team had a strong showing at the second day of the Jackrabbit Invite on Saturday, recording seven event victories on the final day of the two-day event in Sioux Falls, S.D.

The Mavericks had two relay wins and five individual victories.

The 200 medley relay team of Megan Latta, Caroline Gardner, Bethany Gatlin and Brook Landt placed first with a time of 1:48.79 while Abigail Mitchell, Alyssa Parsons, Lizzy Giese and Anna Capoun teamed up to finish third with a swim of 1:52.88.

Kady Eller posted a victory in the 3-meter dive with a score of 250.60 to lead Omaha in diving on the weekend.

The Mavericks return to action at the Summit League Championships on Wednesday-Sunday, Feb. 19-22 in Sioux Falls, S.D.

SIOUX FALLS – South Dakota swimming and diving captured 11 individual events during the two-day Jackrabbit Invite that was held at the Midco Aquatic Center in Sioux Fals.

Jordan Thielbar was the lone individual to win multiple events as the Coyotes received seven wins from the women’s team and four from the men’s squad.

The Coyote foursome of Hannah Tietjen, Haberkorn, Hannah Aitkin and Quigley swam to victory in the 800 free relay in 8:02.34.

The Coyotes return to the Midco Aquatic Center for the Summit League championships that run Feb. 19-22.