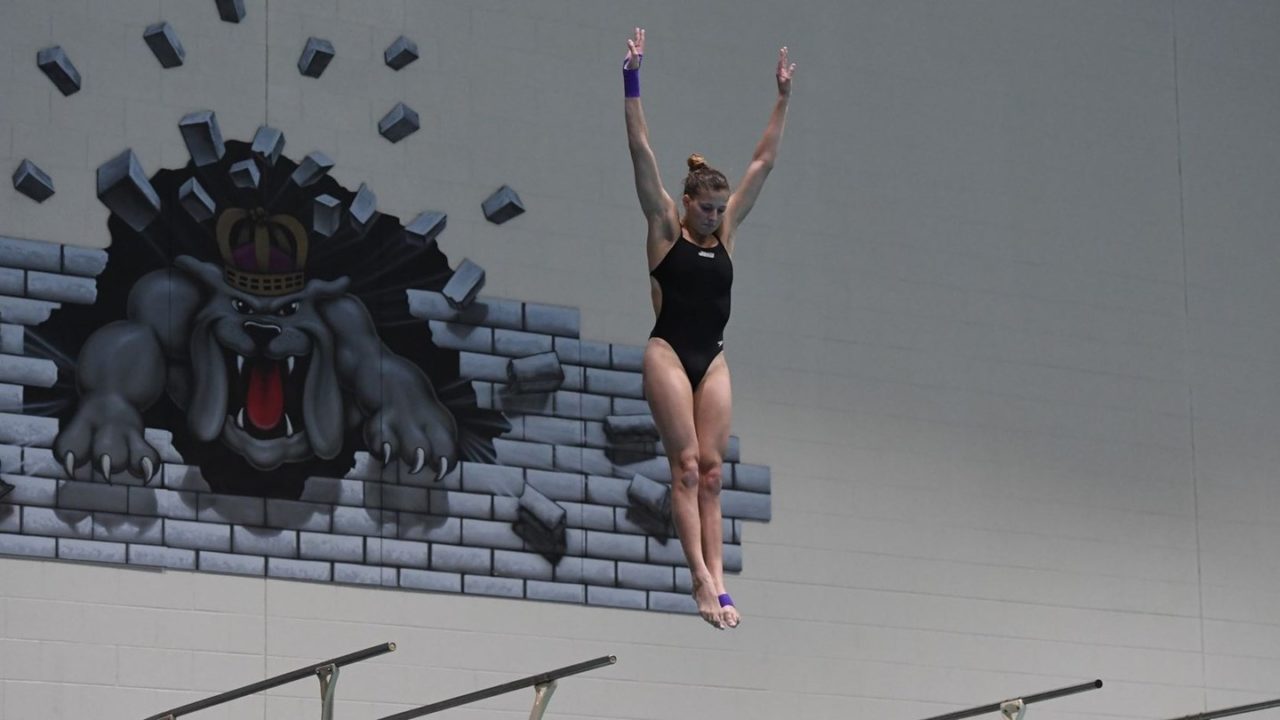 Day 1
JMU dominated in the 3-meter event. In the preliminaries Emily Gross led the woman with a score of 309.40, followed by Hope Byrum close behind in second. Four JMU divers advanced to the 3-meter finals.

In the finals, James Madison claimed the top-four spots. Senior Hope Byrum took the gold in the 3-meter with a score of career high score of 322.65. Emily Gross took second with a 314.05, followed by Sarah Stim in third (299.90). Faith Anderson rounded out the top-four with a score of 299.50. All four JMU divers had qualifying NCAA Zone scores.

Day 2
At the start of the day, all six James Madison divers qualified for the 1-meter finals. JMU diving swept the 1-meter dive finals with four divers placing in the top-five. Byrum had another stellar day scoring a 293.5 to win the 1-meter finals. Byrum tallied her second qualifying NCAA Zone score of the weekend. Anderson followed her teammate in second (277.85) and Stim in third (273.90). Gross placed fifth in the 1-meter finals with a 270.15. Felicity Ryan placed eighth (238.15) and Samantha Ullman placed 10th (231.5).

Quoting Coach Wolsh
“These ladies were really good all weekend,” said Coach Wolsh, “Blessed to work with this wonderful group. We had 14 NCAA Zone qualifying scores, so very proud of them.”

Up Next
James Madison diving will prepare for the Colonial Athletic Association Championships on Feb. 19-22 in Christiansburg, Va.