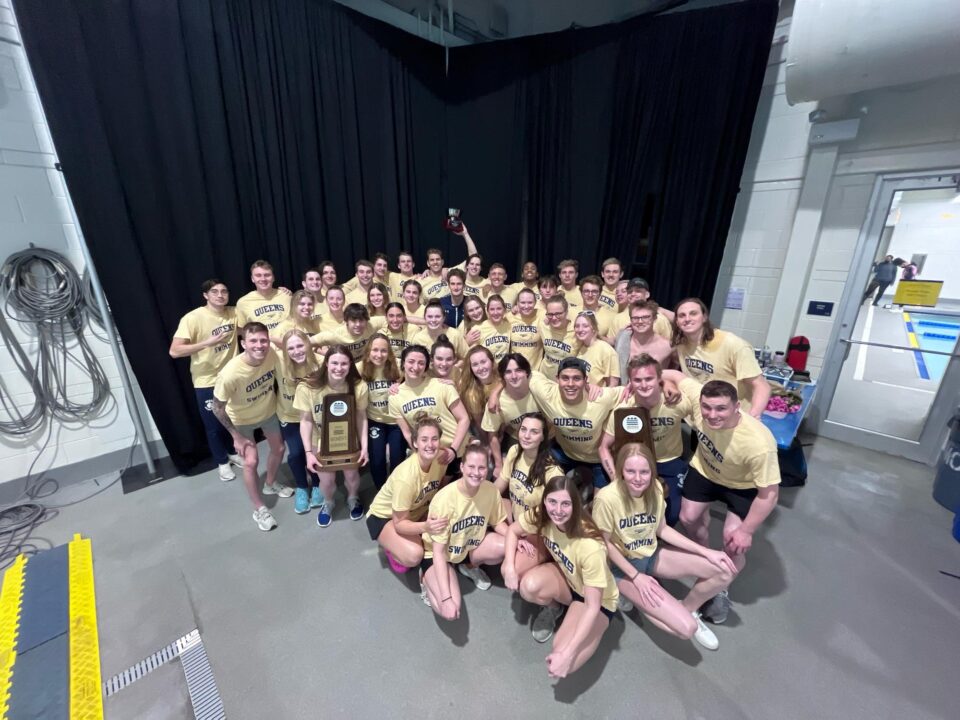 The Queens Royals are projected to win their seventh consecutive titles in both the women's and men's contests at 2022 NCAA Division II Championships. Archive photo via Queens Athletics

With the psych sheets now released to the public, we can score the 2022 NCAA Division II Championships. While the following projections are just that – projections – they give us some insight into the relative strengths of each team invited to the women’s and men’s meets.

Every year, there are numerous variations from psych sheets seedings to actual scored points, which makes for exciting team battles. But some teams come in with a lot of depth, as is the case this year with six-time defending champions Queens University of Charlotte. The Royals lead the psych sheets in both the women’s and the men’s meets by 77 and 121 points, respectively. Indianapolis, Drury, Nova Southeastern, and Colorado Mesa also strongly positioned to finish among the top five teams, especially when diving points are included. (Note: these projections do not include diving, where athletes will be selected after the preliminary round on March 8.)