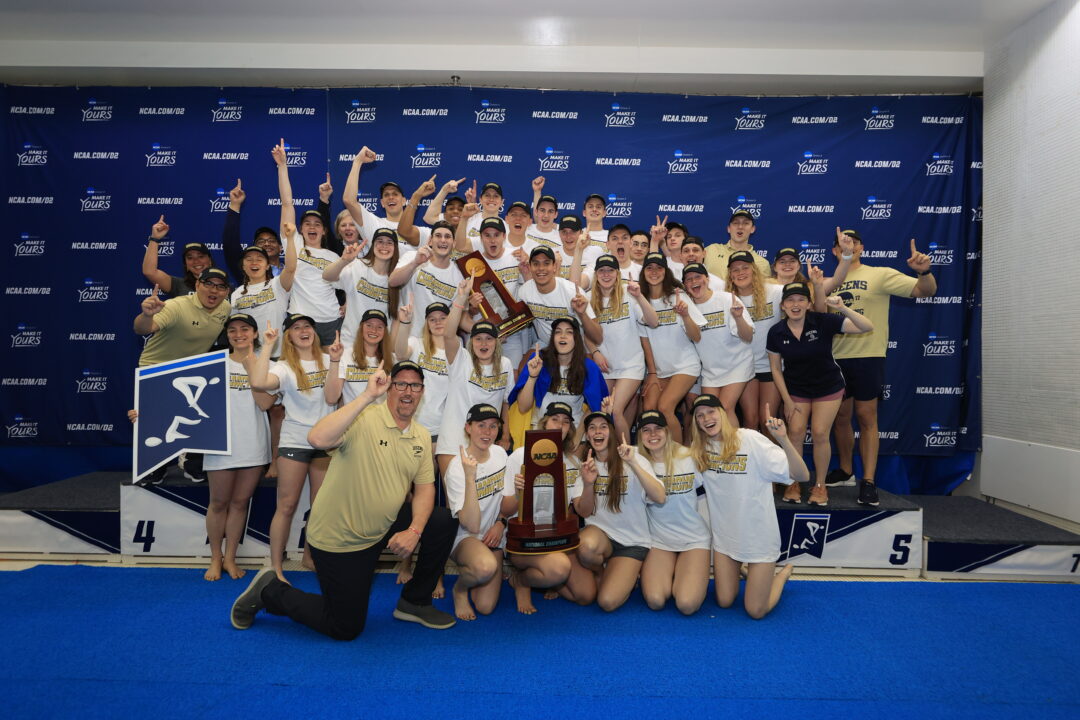 Jan Delkskamp and Kayla Tennant of Queens University of Charlotte were named the NCAA Division II recipients of the Elite 90 award. Archive photo via Queens Athletics

Jan Delkskamp and Kayla Tennant of Queens University of Charlotte were named the NCAA Division II recipients of the Elite 90 award, which was announced prior to the Division II Swimming and Diving Championships on March 9. Delkskamp and Tennant are the third and fourth Queens Student-Athletes to receive this award, and the second and third Queens swimmers.

The Elite 90, an award founded by the NCAA, recognizes the true essence of the student-athlete by honoring the individual who has reached the pinnacle of competition at the national championship level in his or her sport, while also achieving the highest academic standard among his or her peers. The Elite 90 is presented to the student-athlete with the highest cumulative grade-point average participating at the finals site for each of the NCAA’s championships.

Eligible student-athletes are sophomore or above academically who have participated in a sport for at least two years with their school. All ties are broken by the number of credits completed.