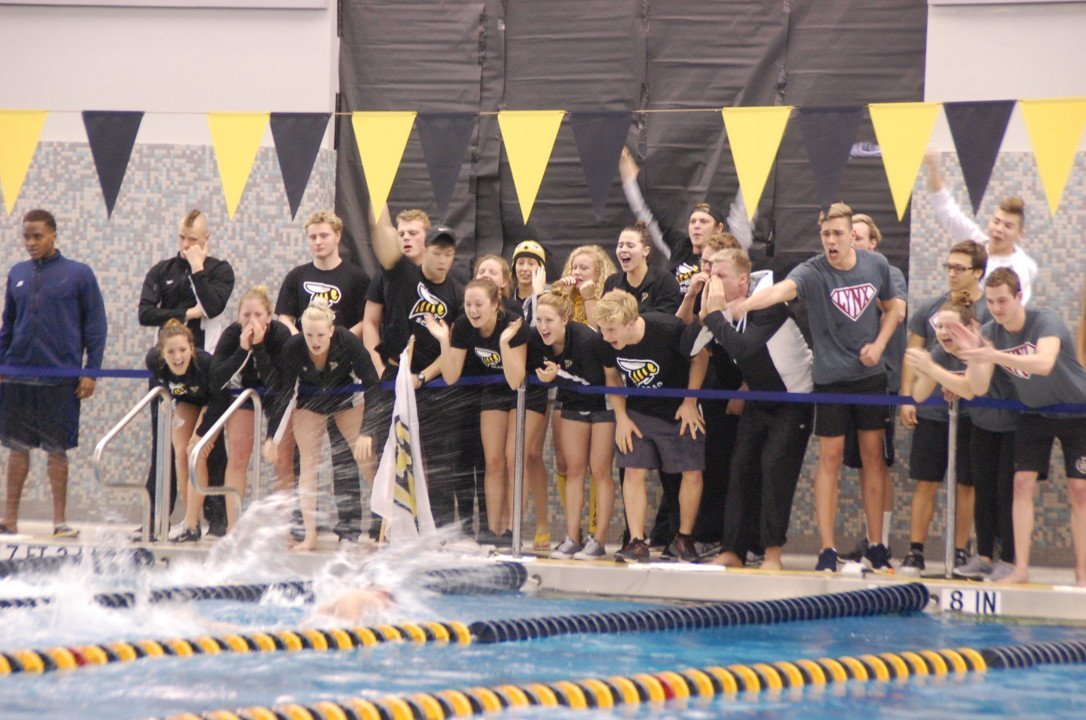 Tonight, Joel Thatcher swam a 4:20.35 in the 500 free for a new NAIA record. That time would have been fast enough to win the NCAA DIII national championship in 2016 or to get third at 2016 NCAA DII Nationals. Current photo via Anne Lepesant

Thatcher’s swim tonight took down the previous record of 4:21.49 set by his senior teammate Joel Ax in 2016. Ax has dominated this event in NAIA national competition since his freshman year, winning event titles in 2014, 2015, and 2016. However, the team opted not to swim him in the event tonight.

This time was a personal best for Thatcher by over six seconds. His previous best was a 4:26.62 from last year’s Junior Nationals.

You can see Thatcher’s splits from tonight below:

It’s worth noting that the NAIA tracks meet records, but not national records, so tonight’s NAIA record is actually a “meet record.” However, as far as we could find, it is the fastest time in history by an NAIA swimmer during college competition.

Let me be the first to congratulate this young man. Great accomplishment and really fun to watch too!