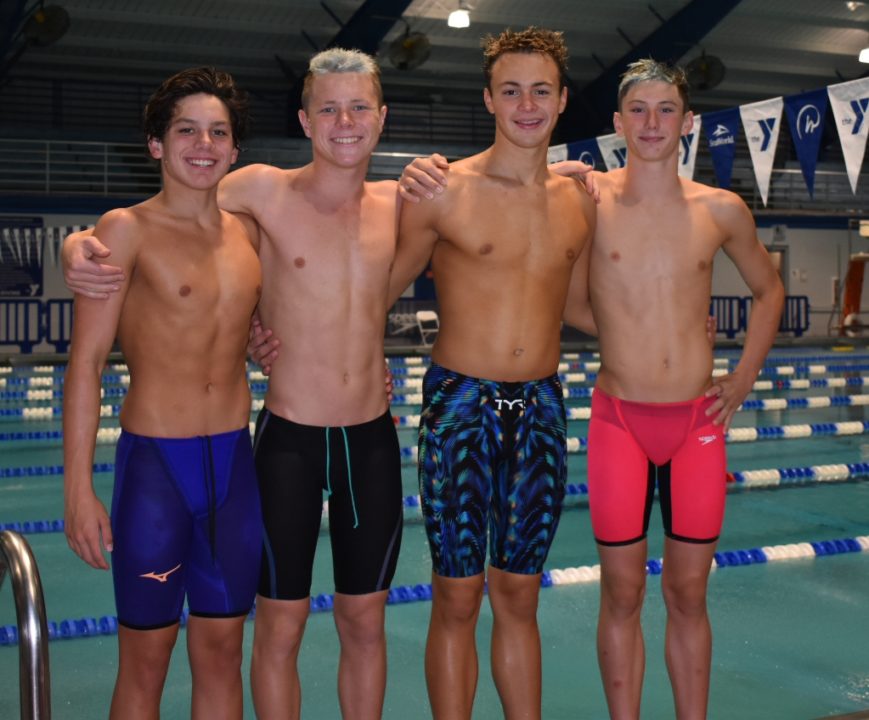 Evan Keogh, Luis Junquiera, and Dimiter Zafirov returned from the 4×200 relay, joined by Liam Heary. Keogh swam back, Heary breast, Zafirov fly, and Junquiera free– currently, splits are incorrect on Meet Mobile. The old relay was a 4:02.59, from Ian Grum, Liam Bell, Mark Rotolo, and Cam Auerbach from 2015. Grum is now an incoming freshman at Georgia, while Auerbach and Bell are incoming at the University of Alabama. Last night, the Tsunami boys combined for a 4:00.78, almost two seconds quicker.

It was so much fun to watch them swim last night

Nice swim. I wonder what suit manufacturer they are sponsored by? I see two Speedo’s, one Mizuno, and one TYR.

The team is sponsored by Speedo but only the National Team is provided any outfitting. Under Jr. Nats, the kid’s (Parents) buy their tech suits.