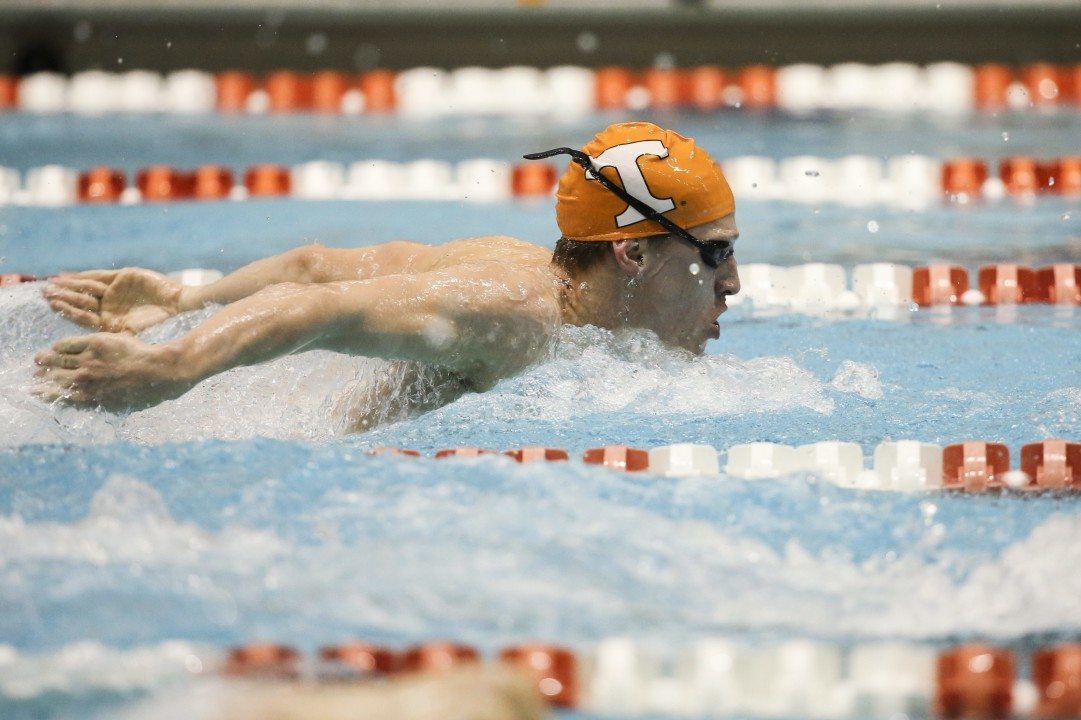 McHugh won all four of his individual events to lead Tennessee to a 216-156 victory over North Carolina. He recorded three NCAA B-cut times in his opening weekend in the 200 IM, 400 IM and 200 fly. Archive photo via Craig Bisacre/Tennessee Athletics

Rubadue won two of three diving events to help Tennessee to a team victory over North Carolina. She recorded her career best on 1-meter with a score of 320.25, which is the fifth-best score in program history. Rubadue also took first in the platform (318.60) and third in the 3-meter (331.20).

Swimming news courtesy of the SEC.