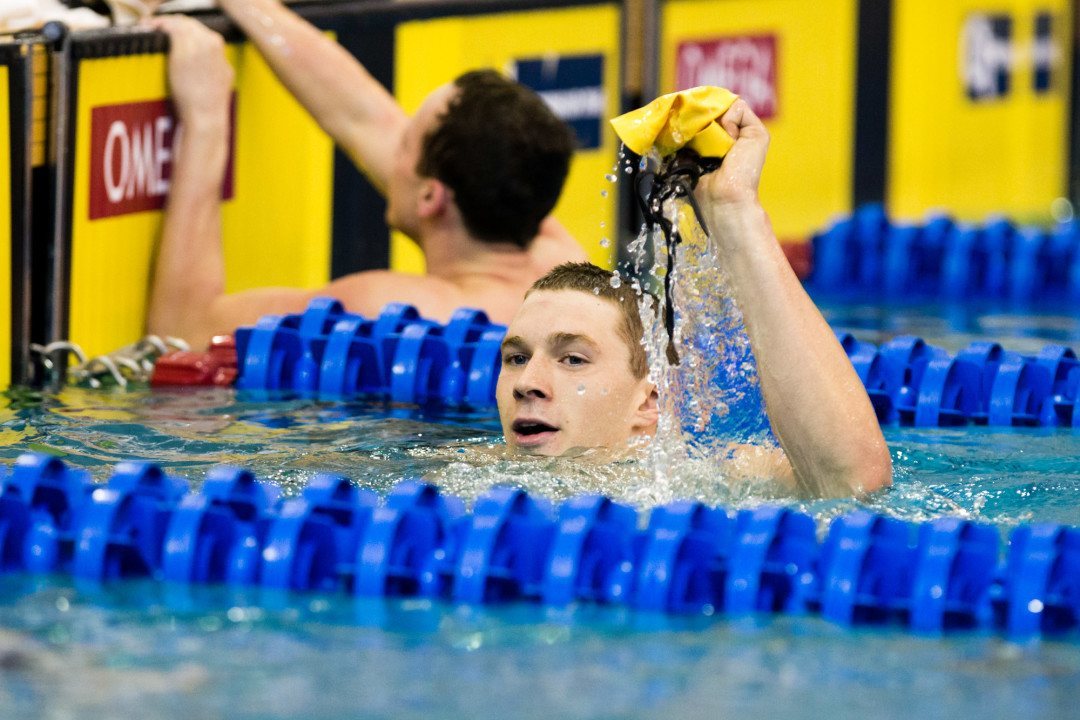 The 2016 NCAA Men’s Swimming & Diving Championships is proving to be one of the most riveting meets in recent history. California’s Ryan Murphy has been a big part of that, especially last night with his earth-shattering 100 backstroke time of 43.49. Murphy set fire to the pool with his mark that now sits as the new American, NCAA and U.S. Open Record.

For his efforts, Murphy’s smack-down was featured in the 9th slot on ESPN SportsCenter’s Top 10 Plays of the Day, as tweeted out by Cathy Durden:

California’s Ryan Murphy struck once again in the men’s 100 backstroke at the 2016 Men’s NCAA Championships. Murphy claimed his 3rd straight title in the event, lowering his own American, NCAA, and U.S. Open Record to a 43.49. Murphy was almost 2 seconds ahead of the next fastest finisher, Alabama’s Connor Oslin, who posted a 45.32.

Out slightly slower than he was when he first set the record last night, Murphy flipped at a 20.96 to the feet. He came home a little harder tonight, closing in 22.53. His overall time tonight was nearly a second faster than he was last season, when he swam a 44.17.

Murphy has now further solidified his status as the fastest 100 yard backstroker of all time, leading a list that includes elite backstrokes Nick Thoman, Ryan Lochte, and Matt Grevers. Murphy now owns 5 of the 10 fastest 100 backstroke performances of all time.

Murphy still has the 50 back to swim on Cal’s 200 medley relay tonight.

All Time Top Performances, Men’s 100 Back:

He’s a second faster than Grevers! His 52.18 is still better, but wow.

Annoyed that they called it the 100 METER backstroke. Eh, at least it made it.