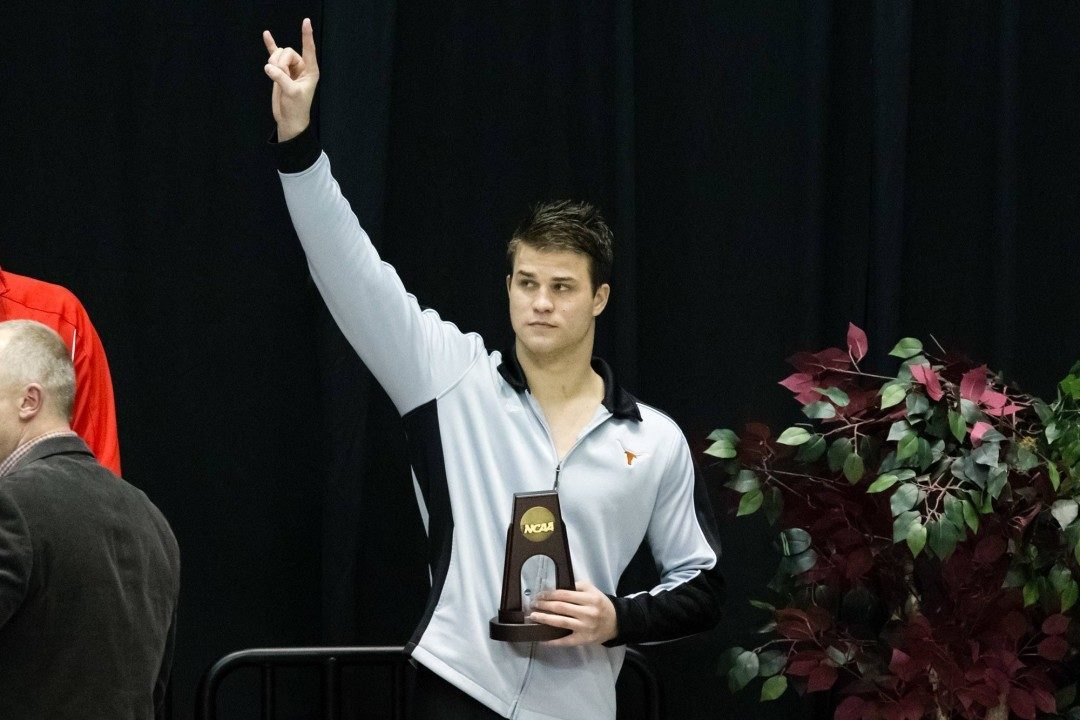 With six individuals and their 400 free relay slated to swim in A-finals tonight, the Texas Longhorns all but wrapped up their second straight NCAA title this morning.  The Longhorns didn’t have a particularly amazing session (they gained just 0.5 points from their seeds), but with their existing 95-point cushion, combined with more likely scoring from diving and the 1650, it was more than enough.

Cal continued their excellent meet with a solid 10.5-point bump from their seeds to likely lock up second place in the team standings, while Florida and NC State will have a tight battle for third place tonight.

Outside the top four, the Alabama Crimson Tide continued to roll coming off last night’s 200 medley relay, registering a 24.5-point gain.  SEC rival Georgia also put together another very good session, moving up 23 points from expectations.  On the the other end of the spectrum, Auburn fell nearly 50 points from their seeds.

Below is a full scoring update coming out of the Saturday morning session.  We’ve also included each teams’ psych sheet scoring to better represent how each particular team is performing relative to their seeds.  The final column shows–if seedings hold tonight–what each team’s new projected final score would be.

I was also surprised to see MI so far down in the standings & all except 1 relay missing top 8!!!!

Auburn hasn’t been the one’s we’re used to for years now. Can’t/won’t guess why. Pretty steep drop off though from when they dominated almost every year.