Ryan Lochte’s Legacy In and Out of the Pool 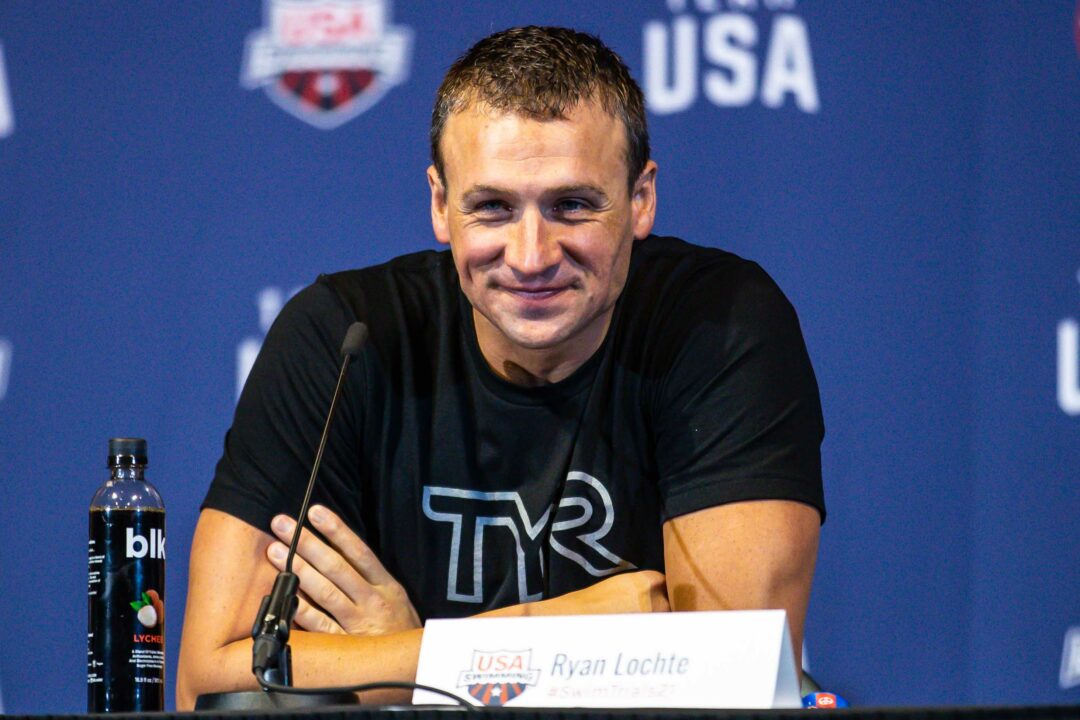 He has also been a part of every gold medal-winning 800 freestyle relay at the Olympic Games since 2004.

In 2012, articles surrounding Lochte at the Olympics described him as him “playful” and goofy. The Washington Post wrote that Lochte “had clowned around” on the podium with Michael Phelps despite not winning the gold. He was often portrayed as a loveable guy and an impressive athlete.

That all changed after the 2016 Rio Olympics.

Lochte and three other U.S. Olympic swimmers (Jimmy Feigen, Gunnar Bentz and Jack Conger) initially alleged they were robbed at gunpoint in Rio. Globo.com and other media outlets soon reported evidence that the robbery story was fabricated, showing damage was done to the bathroom door, soap dispenser, paper towel dispenser and a bathroom sign, and that the swimmers wanted to leave without paying for the damages.

A storm ensued. Lochte was handed a 10-month suspension from USA Swimming and big sponsors dropped him including Speedo and Ralph Lauren.

His documentary “In Deep” starts off with the trouble Rio and delves into his journey to a hopeful comeback and qualification for 2020 Olympics. He rebuilt his brand the next couple of years by issuing apologies on social media, competing on Dancing With the Stars, and signing sponsorship deals with  Powerbar, debt.com, and Pine Bros.

In 2018, Lochte was issued a 14-month ban for receiving intravenous infusions in a volume greater than 100mL in a 12-hour period without a Therapeutic Use Exemption (TUE). He did not fight the decision.

In 2019, Lochte went on the reality TV show Big Brother where he opened up about the ‘Rio gas station’ incident‘. Part of his motivation to go on the show was because he wanted people to “see the real [him]… and not just the headlines.”

Legacy On and Off the Pool Deck

Lochte is known for being attentive to his fans.

One signature Lochte move, which, granted is not unique to him alone, is to throw his cap and / or goggles into the crowd after every race. Now the next generation of Olympians, including Caeleb Dressel, has taken to doing that at the 2021 U.S. Olympic Trials. Lochte did it after his finals race on Friday.

On social media, people have described their experiences meeting Lochte. One person detailed Lochte having the option to sneak into his hotel without being seen, an understandable move by a famous swimmer in the midst of the 2012 Olympic Trials. Instead, he walked through the front door and embraced the swarm of fans by signing autographs.

Many other encounters detailed Lochte’s patience with fans and willingness to sign autographs.

When my son was 4 and we were at UltraSwim, Lochte gave my son one of his race medals because (he said) he liked my son’s skull-patterned shirt. Made my kid’s day. Now he’s a teenage swimmer. Nice when the good batons get passed.

When I watched trials in Omaha in 2012, Ryan Lochte was by far the kindest to fans. He walked in the normal doors (not the secret upstairs hotel-pool hallway like many others) and signed autograph after autograph as people swarmed around him. I’ll never forget it. https://t.co/0mwwECkIMB

Ryan lochte stopping to sign autographs after finishing first in his heat of 200m back! #precious pic.twitter.com/GifoAZy

All these years people have criticized (sometimes fairly, oftentimes not) Ryan I always think of Charlotte Ultraswim 13 where he signed stuff for kids for HOURS until everyone got something.

say what you want about Ryan Lochte, but he was the always so nice to me as a little kid every time i would see him at a swim meet and ask for an autograph

Lochte has also been involved in charity work. He is currently the spokesperson for both the Parent Project Muscular Dystrophy (Duchenne) and the Mac Crutchfield Foundation. Lochte lost a close relative to Duchenne disease and his relation to the latter is swim-related.

The Mac Crutchfield Foundation raises awareness for drowning and it was named after a 12-year-old swimmer who drowned during a thunderstorm in 2008.

Lochte makes annual donations to the Parent Project and is “heavily involved” in the two annual charity events hosted by the Mac Crutchfield Foundation: a fund-raising dinner and a charity golf tournament.

Lochte, now a husband and father of two children, is very family-oriented He ended his post-race interview in finals with the statement: “I’m gonna go be a dad right now and give my kids a hug.”

His wife, Kayla Reid, and 2-year-old daughter were there to see him make the 200 IM final on Thursday:

.@RyanLochte qualifies for the finals in the men's 200 IM and his family is there to celebrate.@USASwimming | #SwimTrials21 x #TokyoOlympics pic.twitter.com/1ws18Bc5u1

In his post-race press conference, Lochte said “swimming has taken me so far … and what swimming’s done for me and my family is unbelievable to me.”

“…Falling short and feeling like I let everyone down was one of the hardest things, but I had my family there. My kids, they got to watch their daddy swim … that means everything to me….”

“This is not the last you’re gonna see of me, whether it’s in the swimming pool or outside the pool, trying to make this sport bigger.” He explained wanting to increase the reach of the sport, putting swimming “in everyone’s living rooms” on television more often. He mentioned the disparity between the publicity of sports like basketball and swimming, one of the most-watched sports in the Olympics.

totally with u on that one ….

Kinda off topic, but im curious if his workout video series could have contributed to overtraining or suboptimal training. Basically a double douse of dryland.

Hard to say what happened, but I do believe he gave it his all and just came up short. Trying to qualify for a 200 IM at age 36 is unchartered waters and nobody has that blueprint figured out yet.

Thank you for this. I’ve posted before about Ryan’s boundless generosity with his time for all fans, especially the kids. It’s more than just signing stuff & keeping the line moving. Ryan always made a point of connecting with each & every kid. He was never hung up for hours just signing stuff. It took a lot of his time because every kid god asked what his event was, what was going on & other. That connection is the world. Every kid got to hang out with Ryan Lochte, the Olympian & world record holder, and every kid was treated special. Every kid got to be cool hanging out with Ryan. They all felt special because Ryan knows how to… Read more »

They should make a commercial based on the above and you direct! Replace the Simone cheesy broccolini

Many of us look forward to Ryan’s future, and yes there is a future. He has ISL as a possibility in the future, remember he’s fast in short course. Also look at all of his Trials times, verses Masters World Records. There are many many masters swimmers. Sponsors will be making a big mistake if they don’t tap into his representation to sell equipment to adult racers. We’ve loved watching you race and hope to continue to do so for many years to come, even if it’s not at the pinnacle of the sport. Best Wishes

Sadly, I think he’s ineligible for ISL due to doping violation. He would have been a monster in that format

Can wait to see his come back so he mentioned he is not done.

I think we have all seen the best and hopefully the worst that will come out of the career of Ryan Lochte. Now it is time for him to simply exit the stage and fade into the record books of International swimming.

We were scheduled to have Ryan for a clinic supporting Infant Aquatics Survival Swim right b4 the fan jumped on him and caused him that terrible leg injury. I have hosted numerous Olympic clinics and Ryan was the best. No “ diva” requests or behavior. While he could have been on break he came over to watch the babies demonstration ( Swim*float*swim) and participated. Will always remember him saying to the crowd “ I can’t float! Look at that baby float!” We raised enough money from the clinic to offer numerous swim scholarships He will always be high in my admiration for class acts!

GOAT. The amount of hate Lochte gets blows my mind. Phelps gets 2 DUI’s and everyone is in love with the guy.