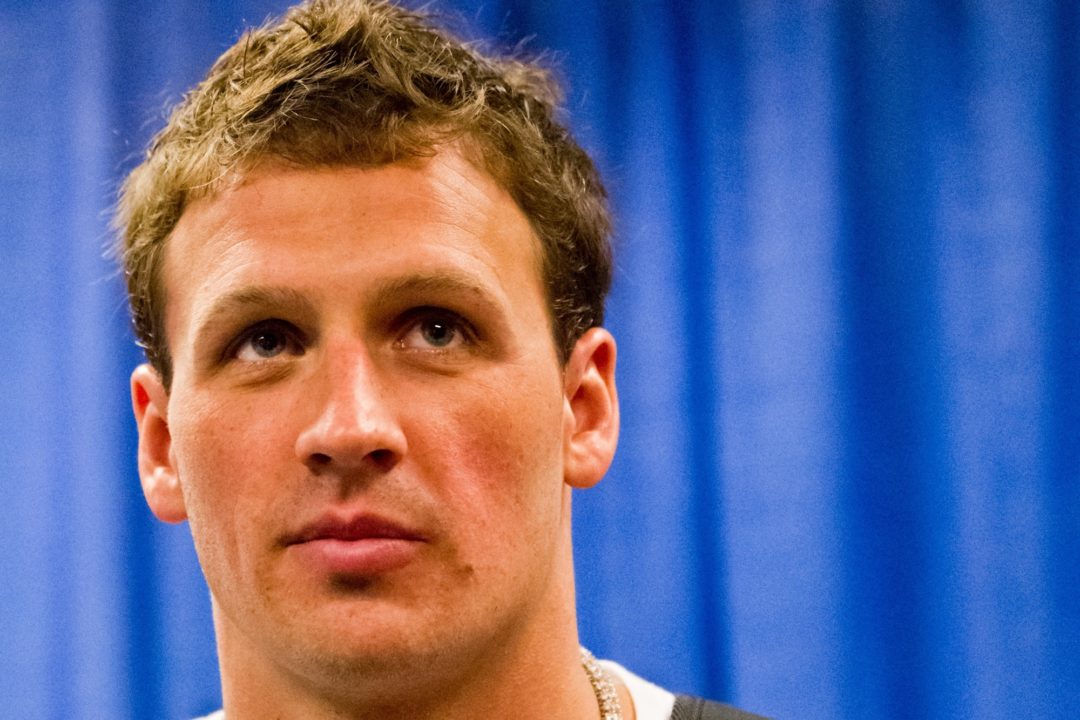 Ryan Lochte Jeah'ed his own World Record in the men's 200 IM in Istanbul, and then he gave his medal away to a fan (Photo Courtesy: ©Tim Binning/TheSwimPictures.com)

This 2012 Short Course World Championship for American Ryan Lochte has felt much different than his 2010 meet. Though he’s now the face of American men’s swimming, this meet has somehow still been quieter for him.

A look at the comparative splits:

Here’s what’s really crazy: the second-best swimmer in this race is Darian Townsend from South Africa, almost two seconds behind in a 1:51.55. That’s the biggest gap of any men’s World Record 400 meters or shorter.

This is now the fifth-straight World Championship meet (dating back to the 2008 Short Course Championships in Manchester) where he has broken a 200 IM World Record. He also got it in 2006, though Phelps interrupted by getting the 2007 record in Australia.

Where is the article on Denmark’s domination of the US women in the 4×100 Medley relay?

If only you had a website where you could write your own…..

Very impressive by the Danes, but let’s not get carried away. those were Denmarks top swimmers. can you say the same with the US?

well said !!! apart from Megan Romano who did a owesome split , this team has nothing to with the 2011 US WR team .

Agreed. Donahue was particularly slow; a 57.6 SCM on a relay start translates to a 59.0 LCM flat start. That makes me wonder if she became sick or injured??

They didi demolish the US, but rather it came against a US team that didn’t have one member of the winning 2011 team that was about 4 seconds faster than Denmark this year. The US doesn’t have their top swimmers at this meet and France is MIA, so don’t go acting like Denmark is all of a sudden some world power house.

Hope this will put to rest all this nonsense about how Ryan is on the decline!

yesss it will relax some people with those illusions that he maight be on the decline .
Such a swimmer will see celarly when he is on the decline , far from happening ! He is on fire …. i repeat again for BOBO . hehehe
The commentators on eurosport ( french ) were even stating before the race some really bad comments about Lochte … not good at all : 1/10 for the commentators all together .

It’s not everywhere. The Russian commentators said he was one of the greatest swimmers in the world just before he dove in. They were not so respectful even for the Russian swimmers. I think the French just cannot get around not winning anything this time around.

sorry i didn’t say it was everywhere !!! don’t take it personnal , thanks

Exactly said , the french commentators are very unhappy not to win tonight as they thought it would happen … that’s the sport . To learn to loose a race is not easy , i am sure but being content is the key anyway for a happier life

I’m french and I’m happy to see Lochte’s WR.
It was also a pleasure to see the impressive race from Vlad Morozov.

I don’t know what kind of comments French commentators have said…
(I saw the races on live.ru…and I don’t understand russian)
Maybe we don’t have the best commentators int he world…

But french swimmers are very respectful with other swimmers.
And I, as a French supporter, hope that we will have lot of fair and wonderful big races next summer with Lochte, Agnel, Morozov, Gyurta, Sun, etc….

Agreed….in light of dropping the 400IM his only hope in RIO for gold is the 200IM. Agnel owns the 200Fr, 200 back will see Ryan Murphy, Clary, or maybe even Conger give him trouble. He may be able to focus on the shorter distances and continue to improve in the 100 fly or maybe the 100 back, but both of those are ripe with competition for him as well.

I recall even the English commentator was saying that this meet wasn’t that impressive for Lochte thus far…are you kidding! Solid 200free (and then even better in the relay lead-off), 2nd fastest split in the 100free relay, butterfly was, a few years back, his “worst” stroke; then finishes top 3 here…clearly now a top butterfly contender going forward.

Looks like he is still in top form…and maybe a few years left in the tank!

Nope, unfortunately he’s still on the decline. No doubt a great swim but short course yards and meters are irrelevant. With the GOAT retired he’s still by far the best 200/400IM’er in the world at any distance, but at 28 he’s going to slow down these next 4 years. The times don’t lie from this past Olympics in most of his LC events, which I think was due to over training, but none the less only time will tell.