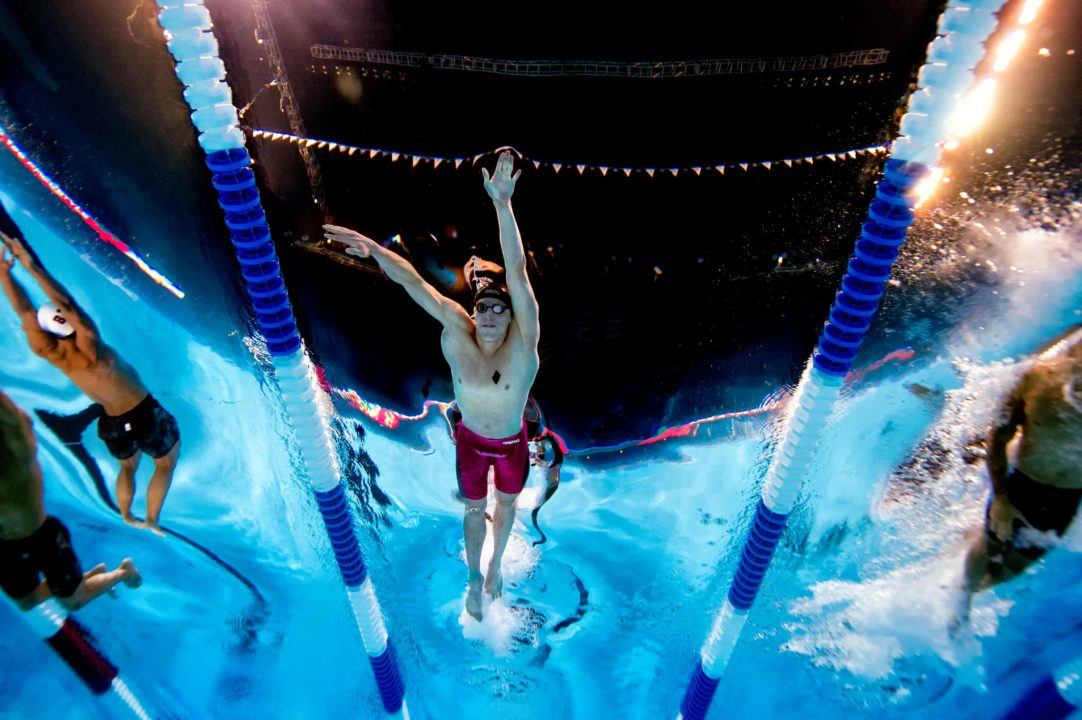 Charles Hartley, a free-lance writer based in New Jersey, has written more than a thousand published sports articles. He earned Master’s degrees in Business Administration and Journalism. In addition, he was awarded his Bachelor’s degree from Wake Forest University where he majored in English and Communications

It wasn’t LeBron cussing to the throngs of people at the Cavaliers NBA championship victory parade. It wasn’t Ryan Fitzpatrick holding out all summer for $12 million before he would agree to play for the Jets. It wasn’t Colin Kapperstiltsken preaching to us about social inequities. It wasn’t following Trump on Twitter.

It was one guy after one event in one scene that made for the best sports moment of 2016.

As he stood on the Gold Medal podium with his teammates as one member of the United States 4 by 100 freestyle relay team, he lost control of his emotions.

He bowed his head and cried. He wasn’t supposed to be there. Heading into the Olympics there were plenty of other faster swimmers who were expected to be among the top four Americans for that team. Others were stars such as Michael Phelps. Outside swimming circles, Ryan Held was an unknown.

But he swam so fast in events leading up to the Olympics that he was chosen to be on that relay.

Out of obscurity he emerged. Into our hearts he plunged.

As he bowed his head, put his fingers on his eyes, and cried, Phelps put his hand on Held’s shoulder as if to say “it’s OK to cry when you win a Gold Medal.”

The image of Held on that medal stand sobbing was the most moving and unforgettable moment in all of sports this year. He was overcome with what he was feeling. He couldn’t hold in his joy, nor could anyone who saw this.

His were tears of happiness. Much more often we witness tears of despair. What a refreshing change, a man so happy he wept in front of the world.

This was a moment when a young man did something that he was not expected to do – win a Gold Medal at the Olympic Games.

Thank you, Ryan Held, for swimming as fast as you did to help the Americans win. And thank you for allowing us to feel what the achievement felt for you.

In 2016 you touched our hearts in more powerful ways than any other athlete.

Ryan’s reaction to winning the gold medal and seeing the response of his teammates, including MP, was my favorite memory from Rio too! Thanks, Ryan, you made me feel like I was there, and I cried along with you!

Me too. I was so proud of him I wanted to bust.