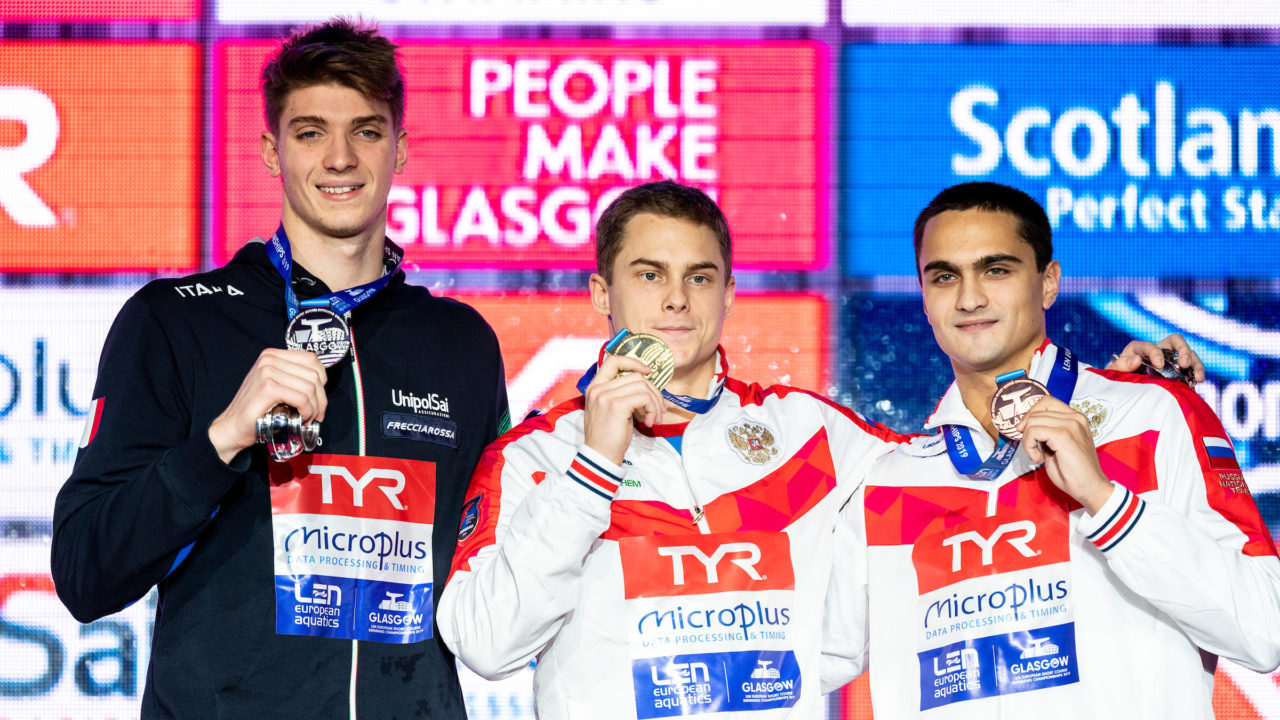 Vladislav Grinev, the Russian national record holder in the 100 m freestyle, was awarded the annual “Armeec of the Year” by the Army Central Sports Club (CSKA) in Moscow. This accolade is presented to a Russian who is “the best active athlete in Olympic sports” among those Russian athletes who are also members of the Russian army.

Online voting took place over the past month and Grinev was honored in an hour-long live stream which had roughly over 10,000 viewers.

Grinev won bronze behind Caeleb Dressel and Kyle Chalmers in the 100 m freestyle at the 2019 Gwangju World Championships. He also accompanied the quartet of Vladimir Morozov, Kliment Kolesnikov, and Evgeny Rylov to win silver in the 4 x 100 m freestyle relay.

The 23-year-old Grinev has come on strong in the past couple years and was to be a contender for a medal in Tokyo. His time of 47.78 puts him just behind American Zach Apple for top times in the 100 m freestyle of 2019-2020 season.

A video of the ceremony can be found below.