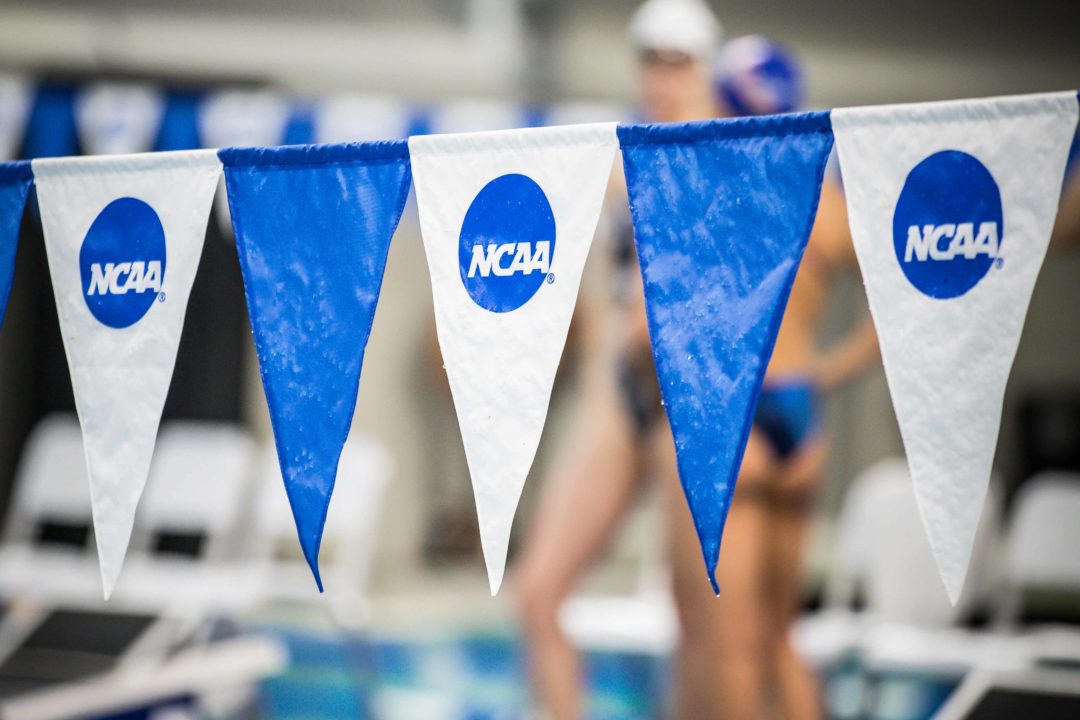 Dr. Brian Hainline, the top doctor for the NCAA, says these protocols won't be risk-free but is optimistic for sports starting back up in the fall. Stock photo via Jack Spitser/Spitser Photography

It has been almost two months since the NCAA canceled all remaining championship events for the school year due to COVID-19, which included the swimming championships for all divisions (D-II was called off midway through the competition).

Now the NCAA turns to the fall, where Dr. Brian Hainline expressed some optimism that fall sports could be played if leaders take the right approach with proper protocol.

Hainline, who is the top doctor for the NCAA, said in an interview with the Associated Press that these protocols won’t be risk-free.

“If this is rolled out in stages and reasonably, we’re really paying attention to proper surveillance and we get the tests available, I think we can have fall sports. My concern is if we just rush into this too quickly because of this almost sense of desperation that we just have to get going,” said Hainline.

The NCAA recommends taking a three-phase approach to resocialization and starting back up sports, much like the phases advised by the White House for restarting the economy. The Covid-19 infection rates must show a two-week downswing before the phases can start. Phase 3 is where aquatic centers and practice facilities would open back up.

Hainline was on a call earlier this week with Dr. Deborah Birx, the White House coronavirus response coordinator, and other medical officers from professional sports leagues.

“What we really discussed in some detail was: What is it going to take to get sports back? And I will tell you that 80% of the conversation centered around testing,” Hainline said.

Contact sports such as football and basketball were discussed to be focal points of testing, but an all around agreement was not reached.

“And I think that’s the granular type of detail that we still don’t have a universal agreement for two reasons: One is we don’t have all of the ready-made, point-of-care tests. And number two, the serology tests that are out there to date, they just aren’t reliable,” said Hainline discussing the phone call.

The number one priority, however; is to be able to test athletes, coaches, and support staff so competition can begin. A lesser priority is whether there will be fans in the stands.

“Having a full-fledged event with a full stadium right now, that’s just not what people are talking it,” Hainline said. “It’s getting the sports going.”

The SEC, for its part, says that football teams will need 6-8 weeks of practice before playing a game to prevent injuries.

USA Swimming earlier this week sent out a document outlining how to safely reopen facilities amid the COVID-19 pandemic. The coronavirus has contributed to almost 70,000 deaths in the U.S. as some states have been beginning to take measures to re-open.

Tyrants everywhere…this poses way less of threat to kids on campus than the flu. But nobody freaks out about the flu.

Pretty sure it was running rampant late fall and early spring on campuses. My kid’s school was filled with kids having the worst flu ever. And antigen testing shows it is far more prevalent than thought, meaning a very low mortality rate. Time to get back to life.

The antigen tests being used are garbage unfortunately (many false positives). Ultimately many people will die. We have to choose if we go out by quarantining and allowing society to collapse or by taking our chances with a virus we know little about. Personally, I’m ready to take that risk

Good. Go volunteer to clean up the ICUs in NYC, tough guy.

Agree. Our kids got slammed twice by the flu this year and the 2nd one was way worse than normal.

The reliability of serum testing kits . Quite .