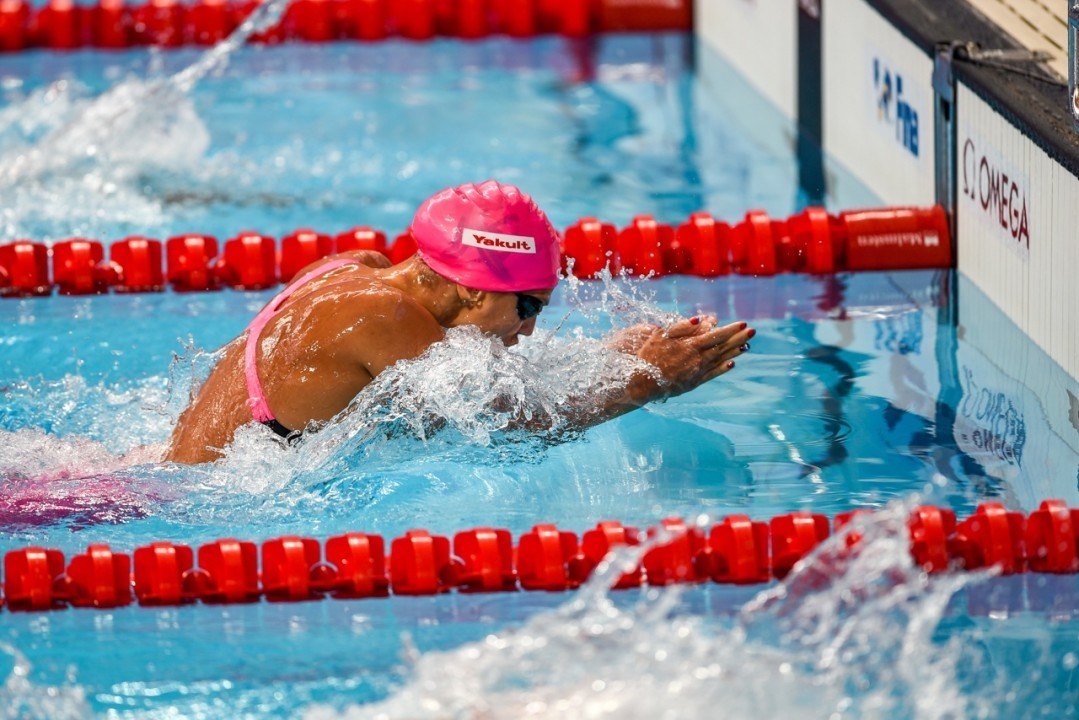 The Russian Swimming Federation on Wednesday released a statement reaffirming that Yulia Efimova will be present as part of the country’s... Archive photo via Peter Sukenik/www.petersukenik.com

The Russian Swimming Federation on Wednesday released a statement reaffirming that Yulia Efimova will be present as part of the country’s Olympic Team that travels on August 1st to Rio de Janeiro, Brazil.

On Tuesday, Sergei Kolmogorov, the head coach of the Russian National Team, told Russian state-owned media that FINA had cleared Efimova to compete in the Olympics without restriction even after multiple positive tests for the recently-banned substance Meldonium.

Russia, reaffirming it’s earlier releases that had Efimova on the team pending the outcome of doping proceedings, says that the federation received a letter from FINA on Tuesday finding “no fault or negligence” on Efimova’s part, meaning that she will not be suspended.

The Russian release did not include the full FINA letter, and FINA has still not responded to a request for comment, but the Russian Federation summarized the findings in the letter from the FINA Doping Commission thusly (translated by SwimSwam):

Editor’s Note: Several of the rule section references summarized by the Russian Swimming Federation do not align with the sections in the English version of the FINA Doping Control Rules rule book, which can be read here. We have asked for clarification on what specific rules were being referenced.

Efimova hasn’t raced since her positive tests in early March; her last meet was the Arena Pro Swim Series stop in Orlando, USA from March 3rd-5th, where she won both the 100 breaststroke (1:05.70) and 200 breaststroke (2:21.41) in times that rank her 2nd in the world.

She is currently training on an individual plan and will join the Russian team in Rio on August 1st.

You have got to be kidding

Has Efimova been tested while she has been training on her own?

Yulia is our own Helen of Troy , our James Bond villainess, our elusive faun . Try as they might the middle aged men of WADA could not control their loins & imaginations. It is the power of beauty.

Plus a small consideration of their otherwise likely demises. From Russia with luuuuurve.

She is entered in the LA invite at USC this weekend

Are you going? If so, boo her for me.