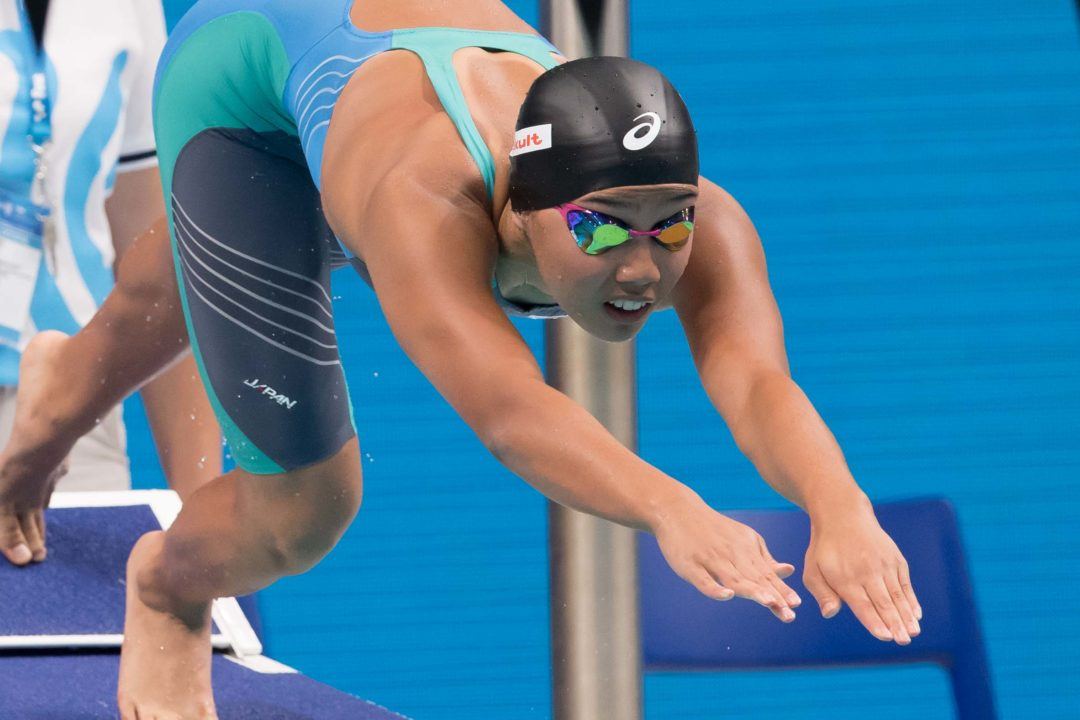 UNLV opened up a decisive lead over the defending champions Air Force on the 2nd day of the 2021 WAC Champs.

In an AAC Champs with a smaller field than we’re used to, the Houston women and SMU men have jumped out to early leads after the 1st day of competition.

The Louisville Cardinals won their first ACC title in the 200 free relay with a deja vu leadoff swim and a pair of sub-19 relay splits.

A highlight of day 1 action at the 96th Japan Student Swimming Championships was the fact that 20-year-old leukemia survivor Rikako Ikee was even able to be in the water.

After having been in the hospital under intense treatments for most of 2019, the record holder and 2016 Olympian has been on a steady and methodical road to recovery, one which culminated in her return to racing last month at the Tokyo Special Swimming Tournament.

In today’s 50m free final, Ikee placed 4th in a time of 25.62, a performance she calls ‘my best time of my 2nd life.’ You can read more about Ikee’s outing here.

Runa Imai of Toyo University is the swimmer who wound up topping the podium in the women’s 50m free, hitting a mark of 24.93. That establishes a new meet record and represents the only swimmer of the field to nail a result under 25 seconds.

In fact, tonight’s outing marks the first time 20-year-old Imai herself has been under the 25-second threshold, owning a personal best of 25.00 from last year’s National Games. However, her breakthrough swim here now rockets her up the list of all-time Japanese performers from #4 to #2, resting only behind the aforementioned Ikee who owns the national record in 24.21.

In true team spirit fashion, after the women’s 50m free final tonight, Imai commented in Ikee’s swim, saying, “First of all I was so happy to be in a final with Rikako again. How does one come back as quickly as she has? A 25.6? She’s a genius”.

The men’s race saw Chuo University’s Masahiro Kawane get it done for gold in a time of 22.16, a new lifetime best. Entering this meet Kawane had been as quick as 22.23, a time he produced at this same meet last year. However, his 22.16 PB now ranks Kawane as Japan’s 7th fastest 50m freestyle all-time.

Runner-up in the men’s race went to Tanaka Yuya in 22.28 while bronze was earned by Oyama Tomoaki in 22.58, with both men checking in with their career bests.

25 for Ikee is no joke. I honestly think she still has a chance to make the Japanese twam