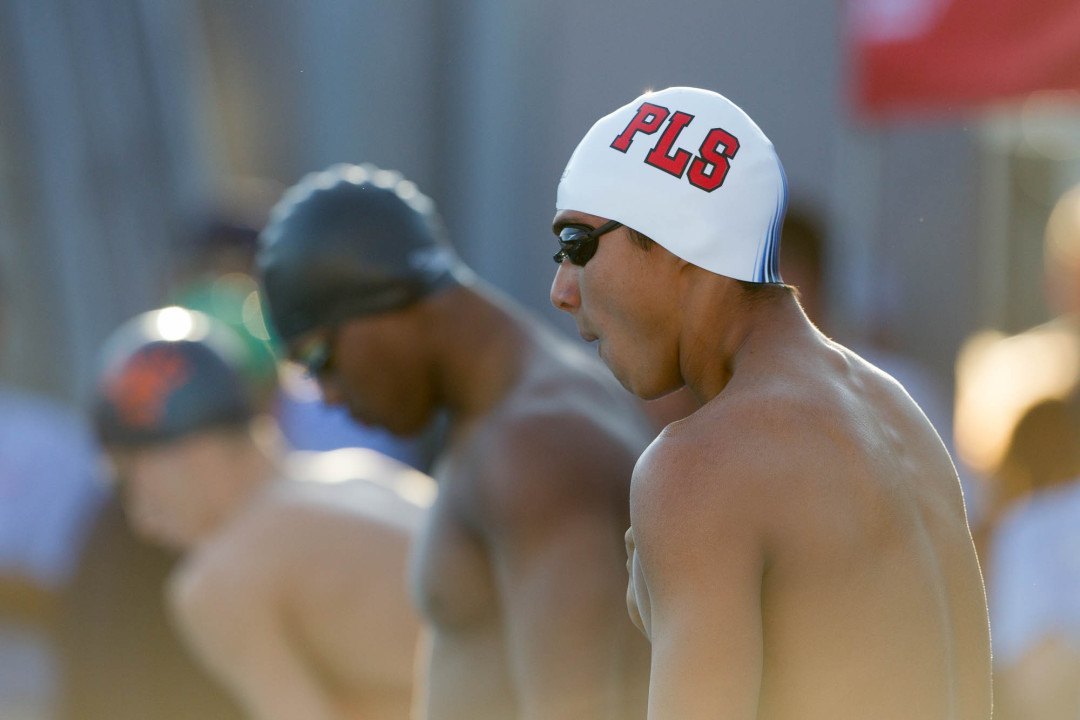 Tonight’s U.S. Junior Nationals men’s 100 meter freestyle final is going to come down to the wire, as number one seed Maxime Rooney, the only swimmer to break 50 seconds in the prelims, gets ready to take on Michael Andrew.

Rooney clocked in at 49.67 this morning, a .77 second drop from his previous personal best. The swim was .56 seconds ahead of Andrew and the rest of the field. With this swim, Rooney becomes the fifth-best American 18-and-under freestyler of this decade.

Andrew hit a 50.23, which beats out his previous personal best set last weekend at Missouri Valley Championships, by .23.

Both swimmers are young, Andrew is 16 and Rooney is 17, and, while they compete at Junior Nationals in San Antonio today, it is obvious that they are both keeping an eye on 2016 Olympic Trials in Omaha.

The swims this morning show that, although all eyes are going to be on FINA World Championships in Kazan and Phillips 66 National Championships in San Antonio later this week, there is a lot of young talent moving up through the ranks at Junior Nationals.

Rooney has committed to swim with the University of Florida in 2016, while Andrew recently signed a multi-year partnership with Adidas Swim. Rooney finished third yesterday in the 200 fly (2:01.18), while the 100 free marks Andrew’s first swim of the weekend.

According to Meet Mobile, Mr. Rooney completed the 200 Butterfly in a scorching 1:59.57.

yes
big error above
I start to wonder if some swimswam contributors don’t make errors intentionally just to see if we read what they write. 😆