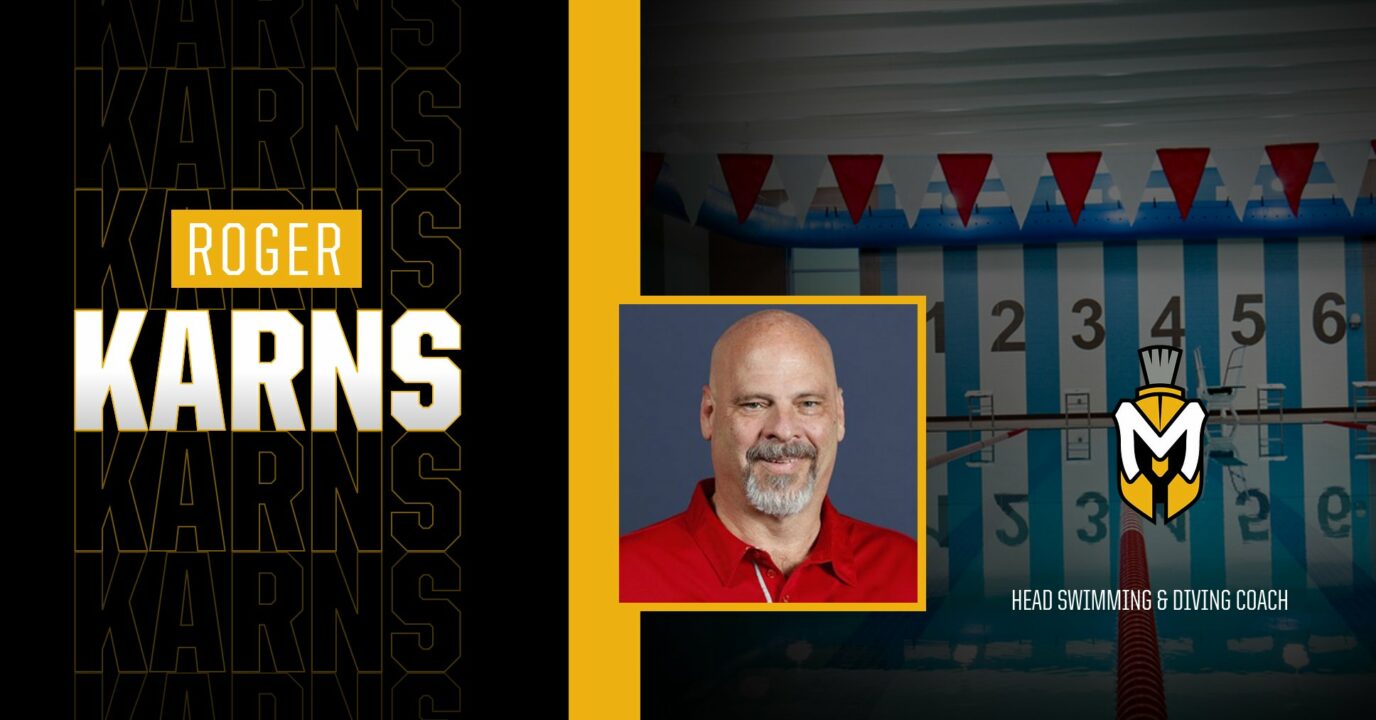 NORTH MANCHESTER, Ind. – Manchester University Director of Athletics Rick Espeset has announced that Roger Karns has been hired as the next head men’s and women’s swimming & diving coach.

Karns will bring an immense amount of experience to Manchester, with 40 years of coaching and teaching under his belt.

Karns is certified as a Level 5 coach by the American Swim Coaches Association. He has coached NCAA All-Americans, High School All-Americans, Junior and Senior National Qualifiers and Olympic Trials Qualifiers throughout his distinguished career. He has also served as the chair of the NCAA Division II Swimming and Diving National Championship Committee.

Roger arrives in North Manchester after serving as the head men’s and women’s swimming coach at NCAA Division II Lewis University located in Romeoville, Ill. During his 10 years with the Flyers, Coach Karns’ programs produced six conference champions, including a pair of Great Lakes Valley Conference (GLVC) Male Freshmen of the Year.

Before Lewis, Karns served as assistant coach at Grand Valley State University from 2008-11. Karns helped the Laker men’s and women’s teams to top-10 finishes at the NCAA Division II National Championships in each of his three seasons. Individually, Grand Valley State earned 200 All-America Awards during Karns’ tenure. He was also influential in helping Grand Valley State to a pair of Great Lakes Intercollegiate Athletic Conference Championships. The men won in 2010 while the women took home the title in 2009.

Karns graduated from Ball State University with a bachelor’s degree in education in 1980 and earned a master’s in education in from Indiana University-South Bend in 1990. Karns was a two-year letter winner in swimming at Ball State and was a part of a then record-setting 800 free relay team.

Roger and his wife, Vicki, have three children, Laura, Tyler and Lydia.

Congrats Roger! I’m very excited for you to continue to do what you love doing! Can’t wait to see what you can do with the program!

But will he be able to stay awake on the pool deck during morning workouts?