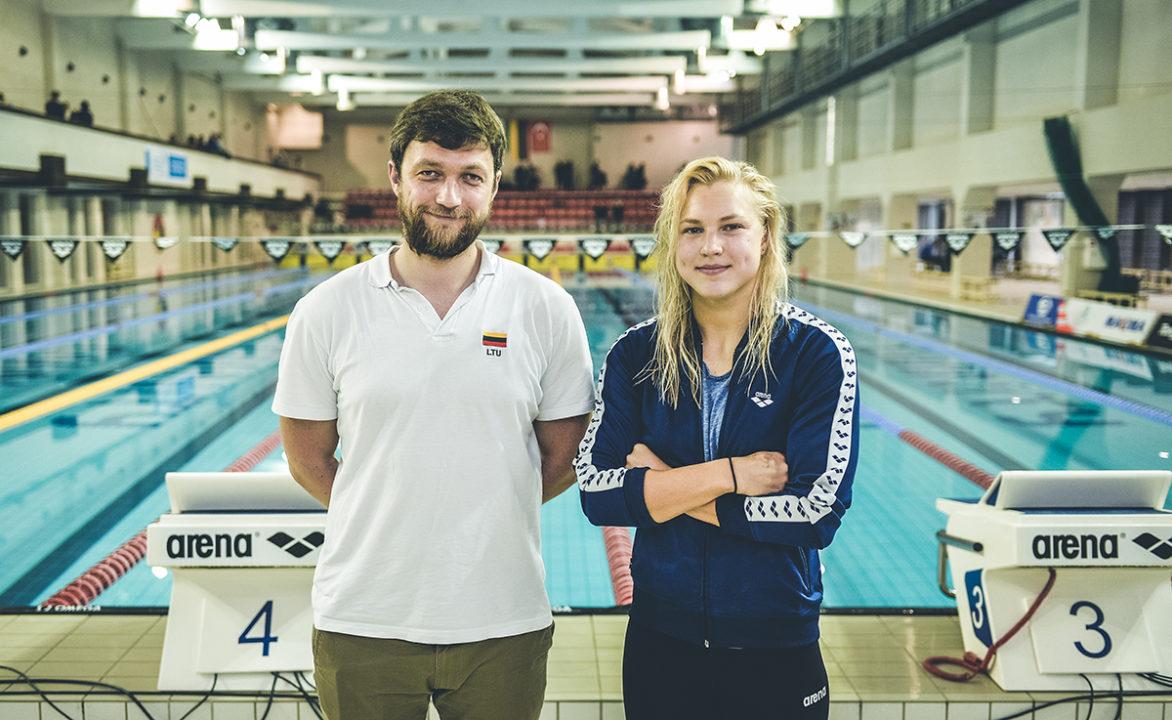 As we reported last month, 2012 Olympic 100m breaststroke gold medalist Ruta Meilutyte of Lithuania has returned to her home nation to continue training after having spent the past several years under Jon Rudd at the Plymouth Leander club in Great Britain. With Rudd’s moving to take on the Irish Swimming performance director role, Meilutyte will now be training under the guidance of coach Paulius Andrijauskas, a former Olympic butterfly swimmer and the vice-president of Lithuanian Swimming Federation.

Reflecting on her experience in Britain, the 19-year-old Meilutyte recently said  “I’ve been very fortunate to be a part of an awesome team and to work with Jon for the last six years. It’s time for a change and I feel ready take the next step in my swimming career. I think Paulius and I make a great team and I look forward to working together and have full confidence in him as a coach.’’

For his part, Andrijauskas states, “Coaching the world’s best athlete is a challenge to any coach. I would’ve not taken this responsibility if I didn’t see the motivation Ruta has right now and the potential she has as an athlete. She has a great work ethic and that makes my job a lot easier. I believe we can achieve great results together.”

After blasting onto the scene winning 100 breaststroke gold in London at just 15 years of age, the now-19-year-old Meilutyte suffered a broken elbow in September 2015 and steadily tried to regain form since. She finished 7th in the 100m breaststroke at the Rio Olympic Games last summer and took a lengthy post-Rio break, traveling to South America, Europe and Lithuania. Meilutyte returned to competition via the Flanders Cup this past January, finishing 1st in the 100m breast, in a time of 1:07.03.

Unfortunately that city ( Kovno) is the site of one of Europes mass Jewish massacres ( by Lithuanians btw) .it should have been razed to the ground & salted .