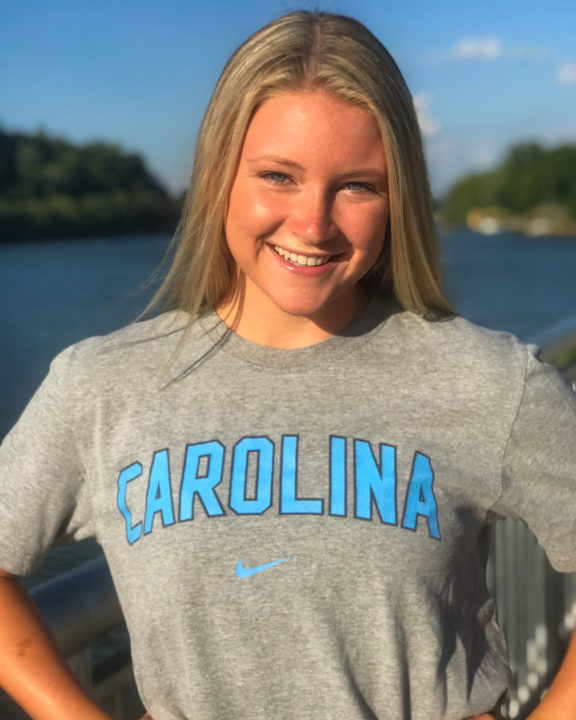 Amid uncertainty about what Princeton's academic and athletic year will look like, Addison Smith has decided to transfer to UNC.

Addison Smith has announced her decision to transfer from Princeton University to the University of North Carolina. She will have 3 seasons of eligibility remaining.

The Tennessee native, who attended the Baylor School in Chattanooga in high school, spent 1 season at Princeton, but says that the advent of the coronavirus pandemic has led her to change programs going forward.

“I had no intention of leaving Princeton at the end of my freshman year and I have the utmost respect for the PWSD legacy and my teammates,” Smith said of her decision. “However, with Princeton’s response to the pandemic, I felt like I needed to explore my options in order to best fit my needs and goals. UNC’s balance of athletic and academic excellence led me to this decision. Whatever comes out of this year, I’m ecstatic to be a Tar Heel!”

Smith’s announcement comes on the same day as Princeton announced that it had changed its plans and would make the entire fall semester remote. That decision follows one by the Ivy League last month, where the conference announced that it was cancelling all sports for the fall semester, including the first half of the swimming & diving season.

In her freshman season at Princeton, Smith was the Ivy League runner-up in the 400 IM, finishing in a 4:14.28. She was beaten by another freshman, Harvard’s Felicia Pasadyn, who won in 4:08.47.

That 400 IM is where Smith saw her biggest drop at Princeton, cutting more than 5 seconds off her best time coming into her college career

At UNC, she will bolster a middle distance group that was a weakness for the Tar Heels last season. The team scored just 21 points in both the 500 free and 400 IM at last year’s ACC Championships. What’s more, their top finisher in the 400 IM (Bryanna Cameron – 13th) and their top 2 finishers in the 500 free (Cameron, again, in 13th, and Roby Dryer in 18th) were seniors.

Her best times in both races, as well as the 200 free, would have placed her in the B final at the ACC Championships last season. The Tar Heels finished 4th at last year’s ACC Championships in their first season under new head coach Mark Gangloff.

Can y’all stop arguing about this

Have you ever thought that this “GREAT” Ivy couldn’t give her what she needed to better herself as a person and a swimmer?? You can get a great education anywhere… one doesn’t need an Ivy stamp on his or her name to be happy and succeed in life. She will do amazing things!

You got the all caps right.

IVY = Throwing your money away on an average education.

California = throwing your money away on mediocre housing.

This comment is a classic one from someone who didn’t attend a school like Princeton. Will she do amazing things at UNC? Sure. Are there a ton of great schools outside the Ivy League? Yes of course. One would argue in fact that UChicago, Stanford, and MIT are all better than maybe 4-5 out of the 8 Ivies. However, it is unfair to act like the Ivy stamp is just some unwarranted rich kid stamp that isn’t earned by the students who attend the school. The kids who go to Princeton work extremely hard and face much harder grade deflation than other Ivies like Harvard or Yale. Not everyone at an Ivy League just went there because of their rich… Read more »

I wonder if UNC also has grade deflation?

can’t take the heat, stay out of the kitchen