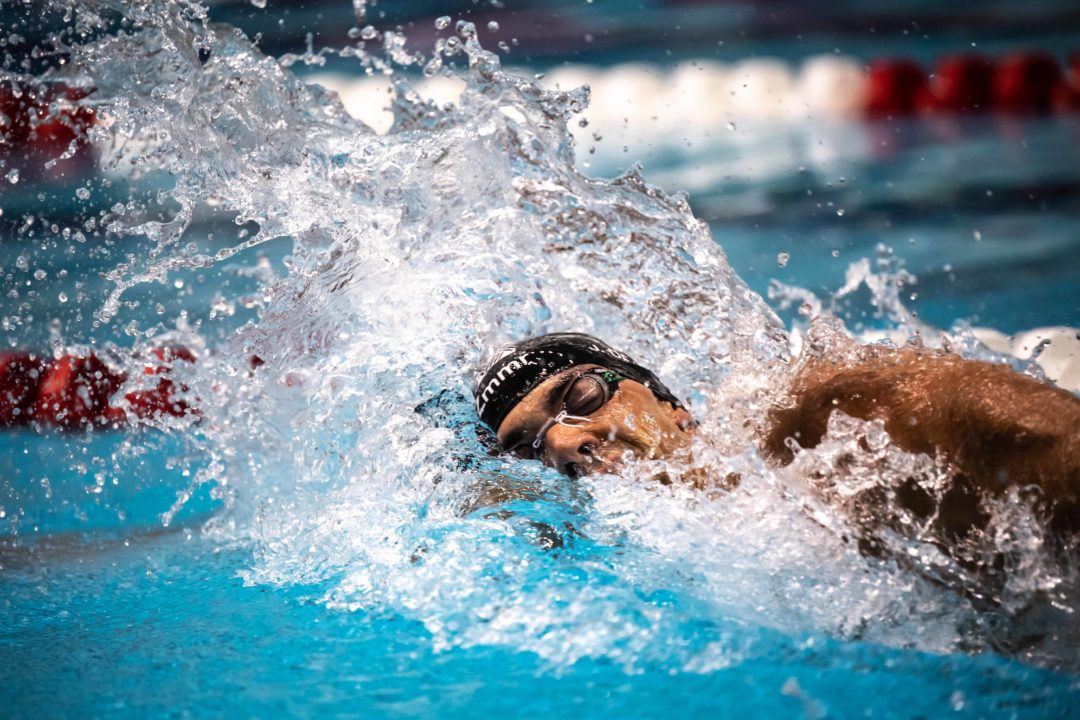 In Louisville, Holden Smith trains as a member of the Race Pace Club. A junior in high school, Holden was coached by his father, Kenny, for 3 yrs using USRPT Current photo via Mike Lewis/Ola Vista Photography

In Louisville, Kentucky, Holden Smith trains as a member of the Race Pace Club. Holden, a junior in high school, was coached by his father, Kenny, for 3 years using USRPT. For the last year and a half, he has done a combination of USRPT and more traditional training with University of Louisville NCAA Champions Carlos Almeida (200 Breast, 2012) and Joao de Lucca (200 free, 2013/2014 & 100 free, 2014). They  primarily train at the Southern Baptist Theological Seminary pool in Louisville.

While I was there, Joao had written dryland and wetland workouts for Holden. His dryland routine included stretching and warmups, then some extensive core-work and explosive motions.

In the pool, Holden was working on his freestyle/backstroke speed, with a main set as follows:

I hope Coleman didn’t go to Louisville to watch one swimmer train alone. Visit Lakeside or the university team too

It’s cool to see one on one training sometimes. It’s interesting to see what people do on their own.

Just 10 seconds in and it’s obvious Almeida and de Lucca are much more knowledgeable and effective then what Tusup is doing.

you gotta trust the process. Tusup just has a different coaching philosophy!
Who knows?!

de lucca seems like normal coach, nothing special nothing crazy, no need to compare to Tusup, likely he is playing role on YT, the reality is something different

I thought this was going to be usrpt but that set was over 3000 and I’m assuming it didn’t include the warmup or cool down seems to be a decent combination of usrpt and aerobic.

He doesn’t do 200s anymore so how does he do pace work?

it is 200 pace time, nothing to do swimming 200s in competitions