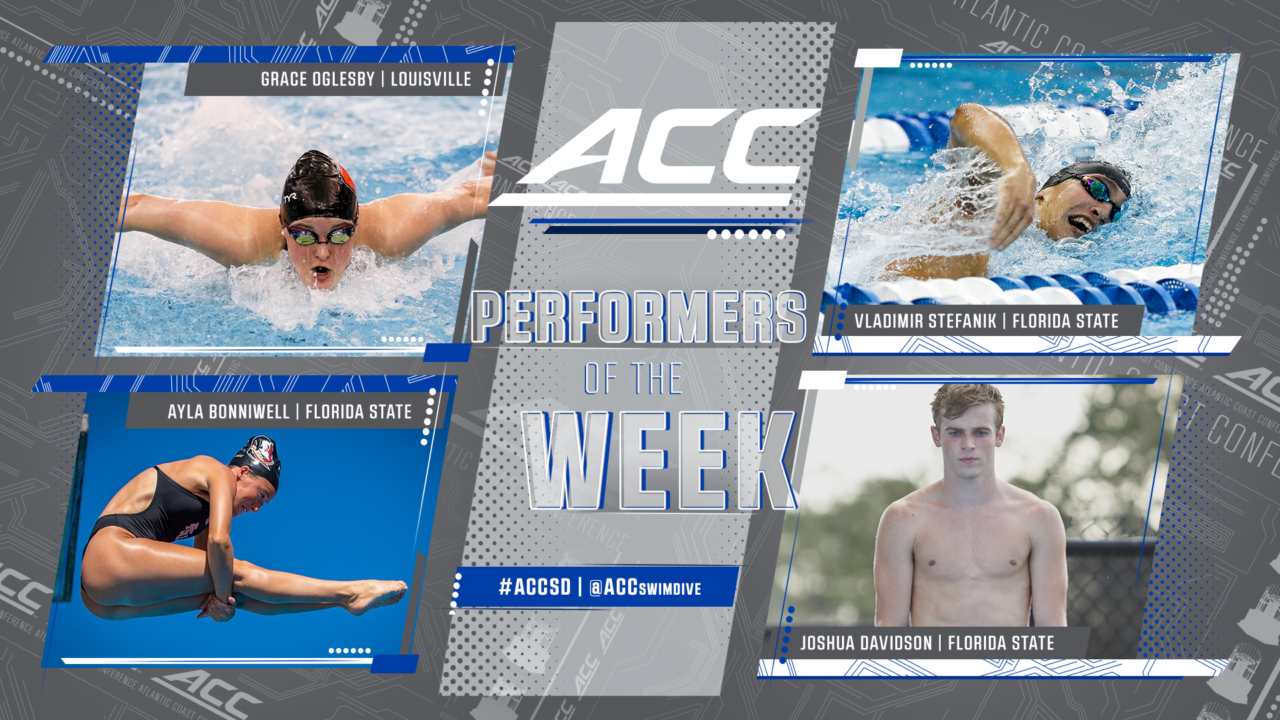 Oglesby had a stellar performance at the SMU classic for Louisville. The senior from Goshen, Kentucky, helped the Cardinals place first out of six teams, including No. 13 Auburn. Oglesby finished in the top three in all six of her events, winning three and recording NCAA provisional times in the 100 butterfly (51.62) and 200 butterfly (1:55.09).

Stefanik won three of his four races for the Seminoles, helping Florida State to a 153-147 win over Duke. The senior from Varin, Slovakia, placed first in the 100 butterfly, 200 freestyle, and the 400 freestyle relay along with teammates Peter Varjasi, Max McCusker and Griffin Alaniz.

Hailing from Tomball, Texas, Davidson won both springboard events in the Seminoles’ win over Duke. The junior posted a 357.60 in the 3-meter competition, and a 328.80 in the 1-meter competition.