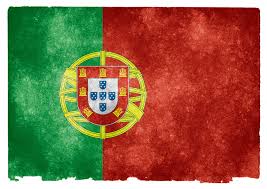 The Jamor Nacional Sports Center hosted the 2020 Lisbon Int'l over the weekend, where national records bit the dust over the course of the 2-day affair.

The Jamor Nacional Sports Center hosted the 2020 Lisbon International Meeting over the weekend, where several national records bit the dust over the course of the 2-day affair.

First, in the women’s 1500m freestyle, Diana Durães took gold in a new lifetime best of 16:15.12. That sliced just under half a second off of her own previous national standard of 16:15.60 registered at the Mare Nostrum Tour in Canet in 2018.

The 23-year-old already nailed an Olympic qualifying mark in the grueling free event via her 16:30.67 outing that rendered the Benfica athlete 18th out of the heats at the 2019 FINA World Aquatic Championships.

But Durães wasn’t done, wrapping up a meet record in the 800m freestyle en route to gold. Capturing the top prize in a mark of 8:33.82, she won by over 6 seconds, although she painstakingly just missed the OLY qualifying standard of 8:33.36.

As a consolation, however, her outing here represents the 2nd fastest time of her career, with Durães’ lifetime best resting at the 8:29.33 produced for 4th place at the 2018 Mediterranean Games.

Rafaela Azevedo also did Portuguese national record damage, establishing a new mark in the women’s 50m backstroke. Touching in a time of 28.43, Azevedo reaped gold in a time that surpassed her own 28.55 national started put up at the 2019 World Championships.

Jaime Morote Plaza took down the men’s 50m breaststroke meet record, getting on the board in a time of 28.84 for gold. Representing the only swimmer to dip under the 29-second threshold, Morote overtook the previous meet mark of 28.93 set by Israeli Yaaron Shagalov 7 years ago.