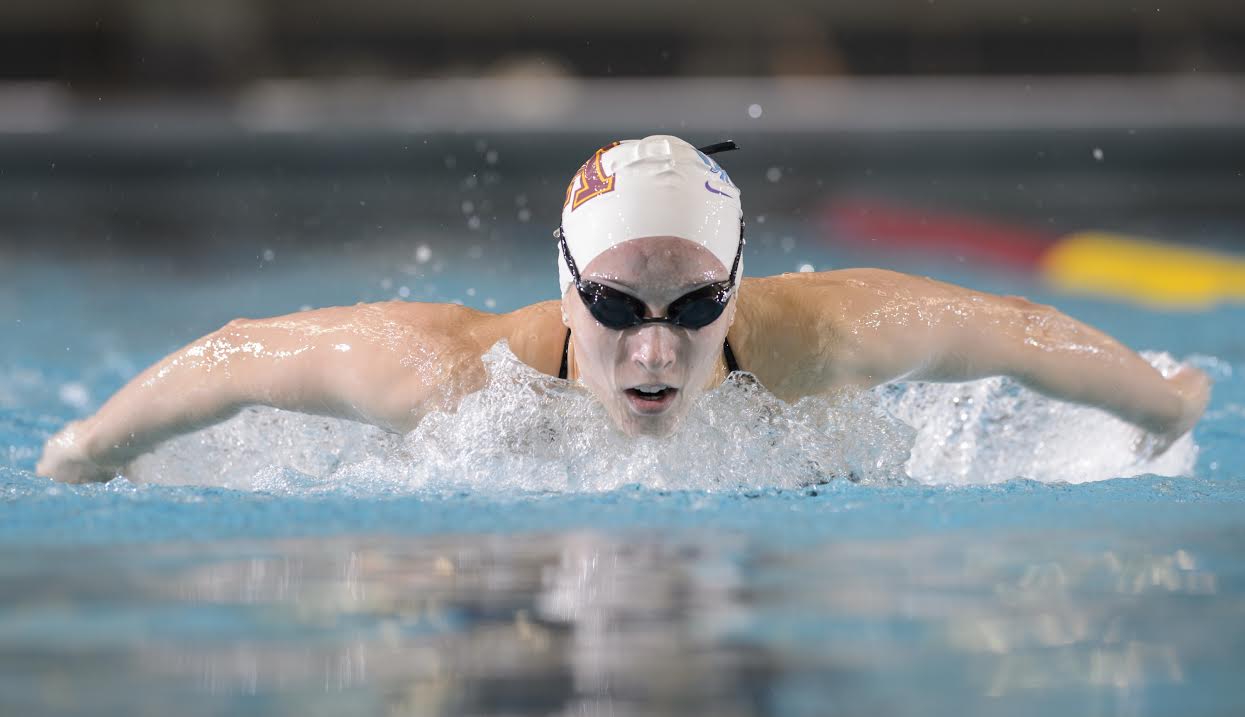 Jessica Plant of the University of Minnesota has been selected as the Big Ten Conference honoree for the 2015 NCAA Woman of the Year. Current photo via Minnesota Athletic Communications

MINNEAPOLIS – Jessica Plant of the University of Minnesota has been selected as the Big Ten Conference honoree for the 2015 NCAA Woman of the Year.

Now in its 25th year, the NCAA Woman of the Year Award recognizes graduating female student-athletes for excellence in academics, athletics, community service and leadership.

Plant, a native of Winnipeg, Manitoba, was a member of the Golden Gophers’ senior class that won an unprecedented four-straight Big Ten titles (2012, 2013, 2014, 2015). She was a part of the 800 freestyle relay team that won the Big Ten title in 2014, is a three-time First Team All-American and has been named to All-Big Ten First and Second Teams during her career.

Out of the pool, Plant was a Rhodes Scholarship finalist, a three-time Academic All-American, and a three-time Academic All-Big Ten honoree. She was awarded the Big Ten Medal of Honor, received the Big Ten’s Wayne Duke Scholarship award and was announced as a recipient of the Big Ten Conference postgraduate scholarship. Plant completed her undergraduate career with a perfect 4.0 GPA and earned degrees in both art history and classical civilizations. Plant plans to pursue graduate work at Cornell University in art history and archaeology in the fall.

Plant was first nominated for the NCAA Woman of the Year by the University of Minnesota. The Big Ten Conference has submitted Plant, as well as Kimberly Dinh of Wisconsin, as its conference nominees to the NCAA.

The Woman of the Year selection committee will next select the top 10 honorees in each division. These top 30 honorees will be announced in early September.  The selection committee will then choose and announce the nine finalists (three from each division) at the end of September. The NCAA Committee on Women’s Athletics will cast votes among the nine finalists to determine the 2015 Woman of the Year.

The top 30 will be honored and the 2015 NCAA Woman of the Year will be named at the annual ceremony in Indianapolis onOct. 18. To learn more about the award and selection process, visit www.ncaa.org/WOTY.

Congratulations Jessica. I am honored to have worked with her and her family with the recruiting process. She is a great example of a Student-athlete