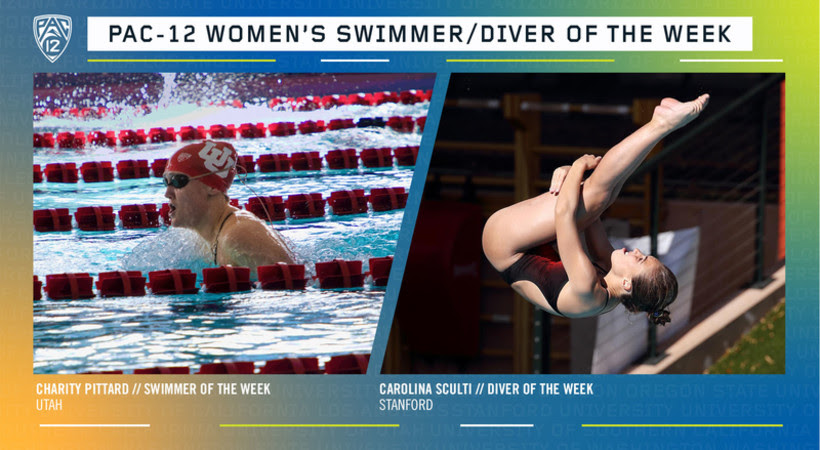 WOMEN’S DIVER OF THE WEEK: Carolina Sculti, So., Stanford (Rye, N.Y.)
Sculti (Rye, N.Y.) posted the top mark in Saturday’s 3-meter diving championship on the second day of competition at the Bruin Diving Invitational. Sculti’s combined score of 657.30 led the pack ahead of second-place finisher Daphne Wils (656.15) of Hawai’i. This is Sculti’s first Diver of the Week/Month honor this season.

• Tickets for the 2020 Pac-12 Women’s Swimming and Diving Championship on Feb. 26-29 in Federal Way, Wash. are on sale now. Tickets can be found at pac-12.com or by clicking the link here.

The Stanford Women divers might be able to contribute significant points to the team titles in both Pac 12 and NCAA. Are divers points combined with swimming points estimated in the rankings of teams ?