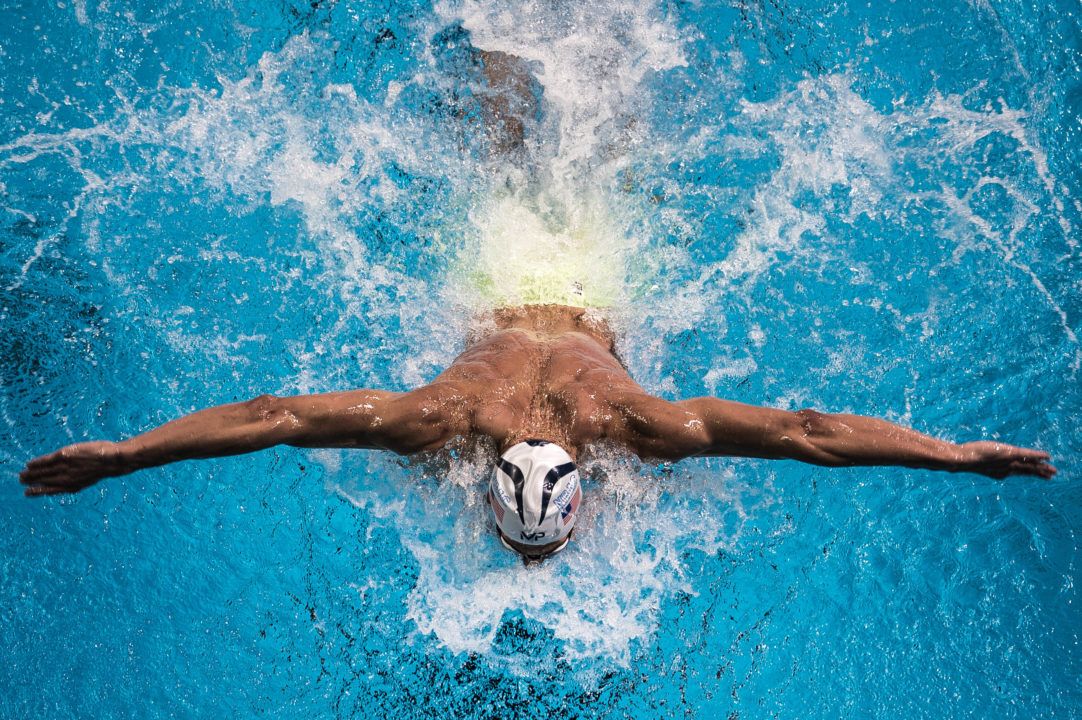 In addition to securing many other accolades, Phelps' victory in the 200 fly tied him with a very long-standing Olympic record. Current photo via Mike Lewis/Ola Vista Photography

We’re not making this up, folks.  While the modern version of the Olympics was first contested in 1896, the tradition of the Olympic Games dates back to antiquity, as they were held regularly in Greece between approximately 776 BC and 393 AD.

In 164 BC, Leonidas won three titles in sprints and mid-distance running: the stade (a little under 200m), the diaulos (approximately 400m), and the hoplitodromos (a dialous in full body armor…you can debate amongst yourselves whether you’d rather do that, or a 200 fly).

Leonidas defended all three titles in 160 BC…then in 156 BC…and finally in 152 BC, at the age of 36.  Multiply or add, whichever you prefer, but either way that works out to 12 individual Olympic gold medals for Leonidas.

Tonight, with his victory in the 200 fly, Phelps tied Leonidas’s very long-standing record by earning his 12th individual gold medal.

While Leonidas no longer has a chance to add to his total, Phelps can break the tie with a victory in either the 100 fly or the 200 IM later this week.  It’s also worth noting that while Leonidas was 36 in 152 BC, Phelps will only be 35 in 2020 AD, should he decide that the lure of the pool is just too strong.

Wait that wasn’t a joke?