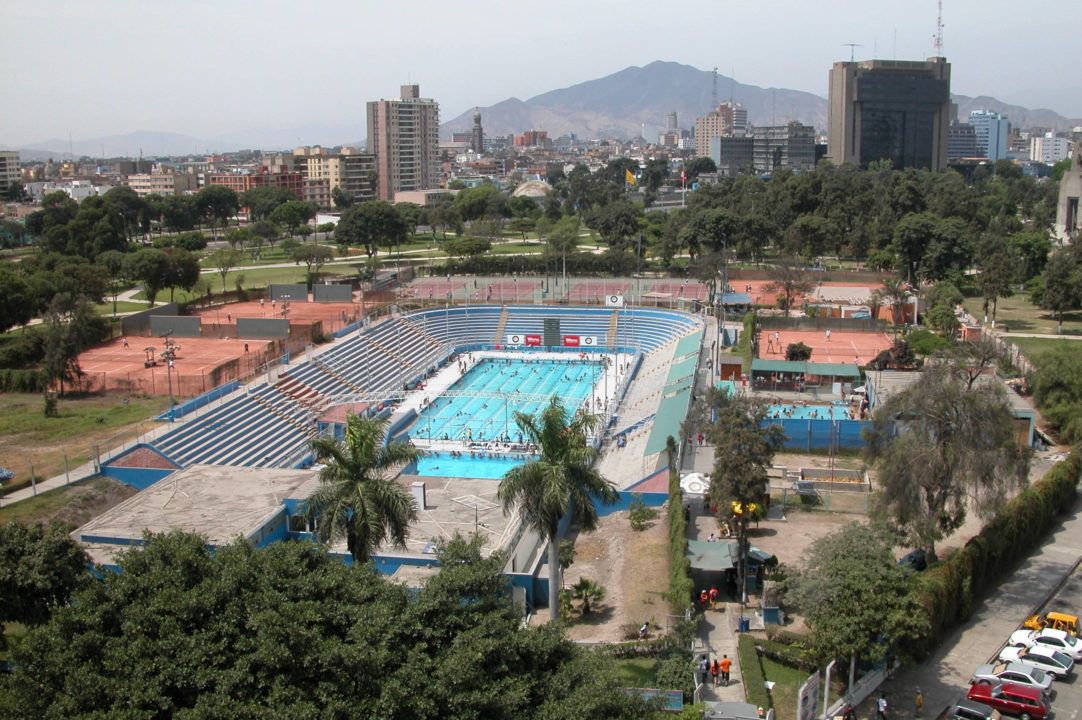 The Campo de Marte swimming facility in Lima, Peru, host to many national and international meets, has been closed due to safety concerns. Current photo via Peruvian National Swimming Federation

The Peruvian Swimming Federation (Federaciòn Deportiva Peruana de Nataciòn or FDPN) has closed both its offices and its Campo de Marte facility in Lima, the site slated to host the 2019 Pan Am Games. In the past, the facility has also played host to FINA Junior World Championships and multiple national and South American championships.

According to Terra Peru, in order to reopen, FDPN will have to undergo further inspection, pay a fine, and implement suggested changes.

The facility reportedly has not been inspected since 2010.

For more information, consult the related article in La Republica. Below is the release published in the World Swimming Coaches Association newsletter:

“ LIMA, PERU–Reports indicate that the offices of the Peruvian Swimming Federation, Federación Deportiva Peruana de Natación (FDPN), were closed Friday by local authorities due to safety and security concerns related to the building. The closing relates to FDPN’s Campo de Marte facility in the Jesús María district of Lima, which reportedly has not undergone inspection since 2010. FDPN must submit the facility to inspection and implement advised changes before they can reopen.”

Well then, at first it just seems like it needs a renovation, but then I read on and… it speaks for itself.