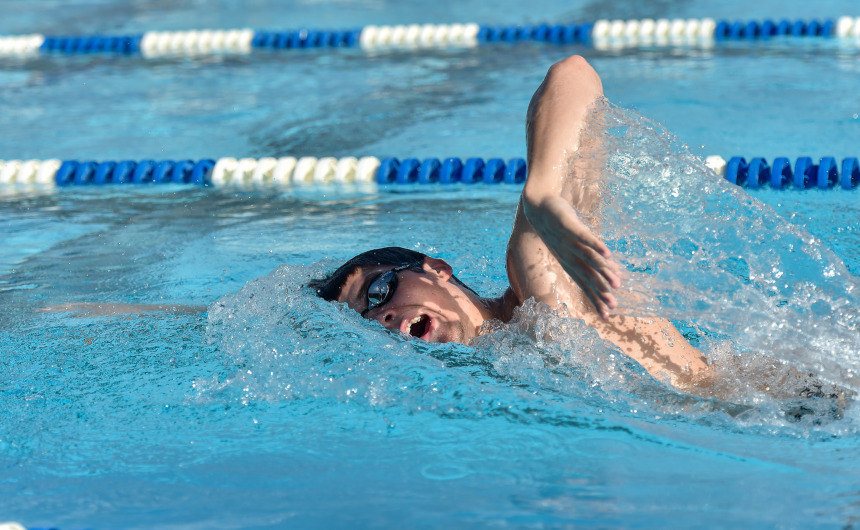 University Park, Pa — The Penn State Men’s Swimming and Diving team swept Bloomsburg in their sixth meet of the 2021-2022 season. The Nittany Lions won with a score of 175-55.

Overview:
The Nittany Lions dominated in today’s swim meet as they came in first place in almost all of the events with the help of standouts Eduardo Oliviera, Daniel Raisanen, and Andrew Clough.

The Penn State Women’s Swimming & Diving team won against Bloomsburg in their second home meet of the season. They topped the Huskies by winning every event of the day, earning a 176-56 victory.

“We’ve [Penn State Swim & Dive] continued to make progress,” Head Coach Tim Murphy said. “They [the team] had a challenging week of school, they had a challenging week in the pool. We asked them to come in on Saturday afternoon and continue to challenge themselves. They did that. And we’re a better team at the end of this week than when we started it.”

The women’s team was lead by seniors Sadie Schumann and Marie Schobel, junior Courtney Marlin and sophomore Kylie Rydland, who each earned a pair of individual event wins.

Penn State won both backstroke events as sophomore Ellie Brandbergh won the 100 back in 57.74 and led the team in sweeping the event. Danforth followed Brandbergh to second in 58.48 while senior Madison Ledwith placed third (59.57) and freshman Victoria Howard finished fourth (59.71).

Next Up
Penn State heads back on the road to Greensboro, N.C. for the NC State Invitational. Both the men’s and women’s teams will compete in the three-day event from Thursday, November 18-Saturday, November 20.

Thomas shattered the field in the 50-yard freestyle as he touched the wall at 20.64 to earn the victory. Thomas earned his first PSAC conference cut of the meet and was just shy of earning the NCAA B cut. Penn State Lachlan Byrne touched the wall nearly a second later with a time of 21.50.

After a weekend of competition, Edinboro University and Penn State University, the Huskies posted a 1-2 record overall.

The Bloomsburg Women’s swim team dropped a 176-56 decision after competing against Division I Penn State University Saturday afternoon at the McCoy Natatorium.

After a weekend of competition, Edinboro University and Penn State University, the Huskies posted a 1-2 record overall.

The Huskies will travel to Clarion University this Saturday for the first time since the Tippin Gymnasium & Natatorium renovations, for a 6:00 pm evening meet.