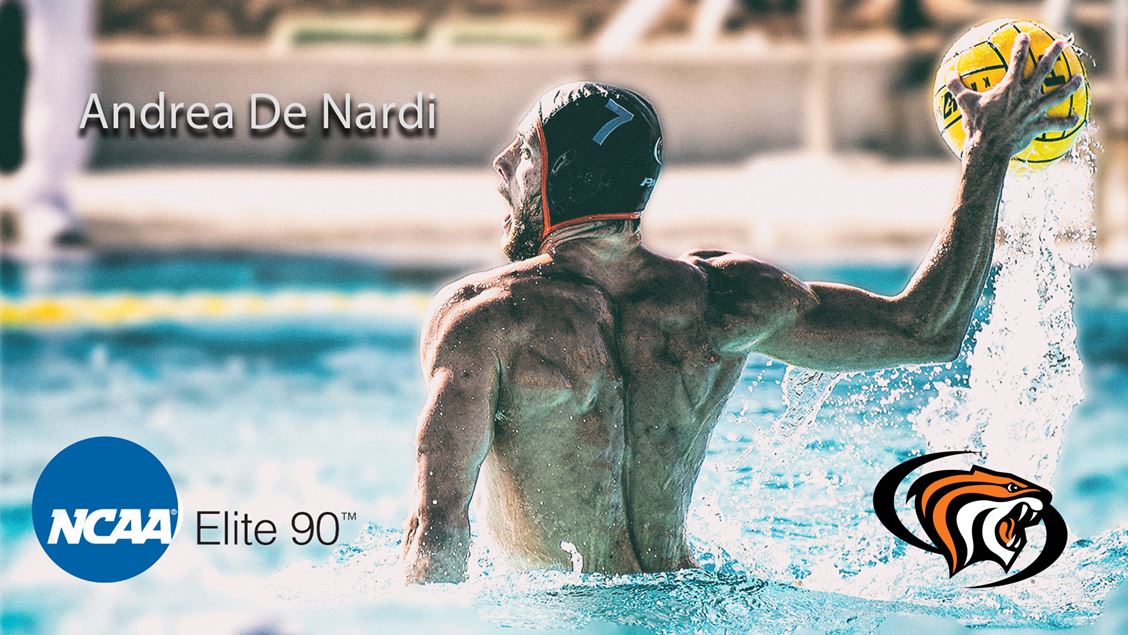 Pacific senior Andrea De Nardi garnered the second Elite 90 Award of his career as the player with the highest GPA at the NCAA Men's Water Polo Championships. Current photo via Pacific Athletics

NCAA men’s water polo runnerup Pacific not only made the top stage in the sport as one of seven teams in the NCAA Championship field, but the Tigers also boasted the player with the highest cumulative grade-point average among the final six teams.

Senior Andrea De Nardi was named the recipient of the Elite 90 Award, which was created by the NCAA to recognize the individual who has reached the pinnacle of competition at the national championship level in his or her sport, while also achieving the highest academic standard among his or her peers.

In the pool, De Nardi scored 25 goals and added six assists, while chipping in 20 steals and 10 drawn exclusions as Pacific won the Golden Coast Conference regular season crown and advanced to the NCAA Championships title match. The Tigers went 17-6 overall and 5-0 in the GCC in 2019.

De Nardi received the Elite 90 Award at the NCAA Championship Banquet on December 6 at Stockton Arena in Stockton, California.

To be eligible for the Elite 90 Award, student-athletes must be at least a sophomore who has participated in their sport at least two years at their current institution.

A full list of Elite 90 Award winners is here.

Jesus Christ! The muscles on that dude