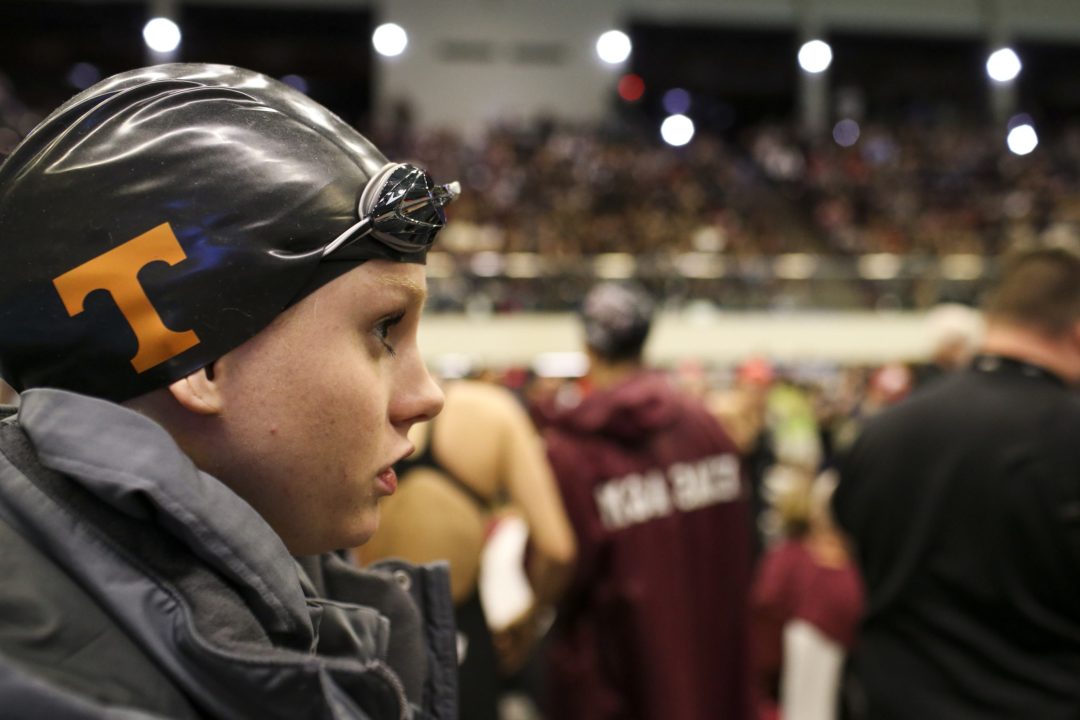 There are many ways to measure the strength of a college swimming and diving program. The most obvious involve looking at points scored, or place earned, at an NCAA Championship or conference championship meet.

Another way to tier the top programs in the country is by the number of NCAA Championship invites they earn in relays. Under the new relay qualification systems, only the best-of-the-best programs are able to take relays to the meet. To take a relay, a team is not only required to have an individual swimmer or diver invited, but they also must hit the “Qualifying Standard” (aka “A” cut) in at least one relay. Once those two criteria are met, teams are able to take as many relays as they want, provided they all have “Provisional Standards,” aka “B” cuts.

Alternatively, a team that earned invites for 4 individual swimmers (not divers) can swim any relays in which they had a provisional standard. 4 of the 30 teams with relays entered (Duke, Arizona State, UCLA, and Purdue) hit that criteria.

Qualifying 4 individual swimmers for the NCAA Championships puts your team among the best in the country. Further, Qualifying Standards are very challenging – so much so that only 26 schools have managed to hit them in even one relay.

While these relay qualifications will tie heavily to scoring, they themselves serve as a separate metric for which schools have true depth. Schools with 5 relays have the depth that, in most cases, they’ve been able to hit at least a provisional standard without one of their best swimmers on at least one of those relays. An example is Louisville, who had 5 “A” cuts, including in the 200 medley relay without NCAA Champion Mallory Comerford on their 200 medley relay; or Tennessee, who did the same without breakout star Erika Brown on their 400 free relay. Shoutout Stanford, who has the 2nd seed in the 800 free relay without Simone Manuel, the top seed in the individual 200 free, on the relay.

For the first time in a long time this season, no teams outside of the “Power 5” conferences earned a relay invite. That’s the first time that this has happened at least back to 2013.

Below, see a table sorted by number of relays eligible to compete, and then number of “A” cuts by those relays:

Wisconsin having all 5 a cuts is pretty darn impressive. Quick group of girls

That is certainly not the case. Plenty of programs outside of the P5 are funded well, and quite well, indeed.

Interesting strategy.
Cons: Drives swimmers away from choosing programs that aren’t already deep. With the uncertainties in swimming, why not increase your odds of getting to the big dance, even if only via relay berths?
Pros: Could, over time, eliminate the dominance of several superelite schools. Instead, get 20+ consistent D1 teams sending bigger squads. Perhaps evens out the playing field among the elite tier, and making those Top 5-10 team races tighter.