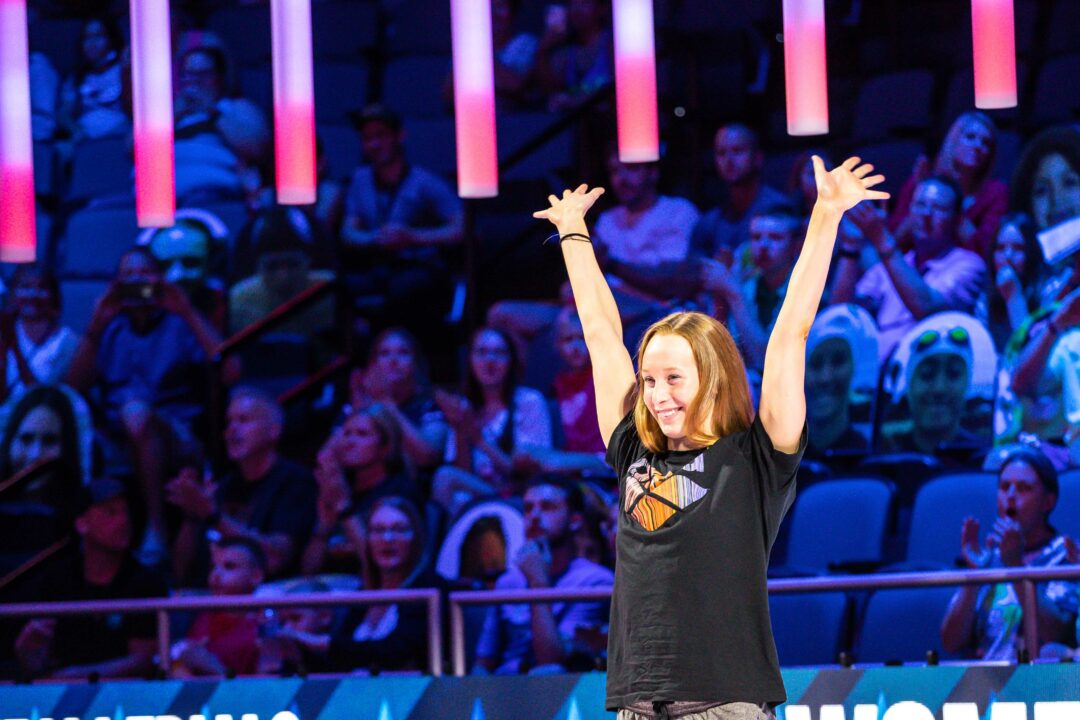 Paige Madden (above) is part of an unusually-large group of swimmers to make the Olympic Team in spite of not racing at the previous Pan Pacs. Current photo via Jack Spitser/Spitser Photography

Now with two days’ space from the conclusion of the 2021 U.S. Olympic Trials, we’ve been working on ways to quantify the feeling of “well, that was unusual” that we have all left Omaha with.

The reason that this comparison is useful is that the Pan Pacific Championships, usually two years before the Olympics but in this cycle three years before the Olympics, is generally viewed as the ‘pool’ of athletes for the Games. When the team was in Tokyo for the 2018 Pan Pacs, this is the group that NBC pulled to do promo shots. This is the group that is on the short path to the Olympic Games.

Now of course we know there will always be surprises. A young swimmer who is rising like a rocket like Katie Ledecky in 2012. A veteran who takes some time off between Olympic Games like Dana Vollmer in 2016.

But generally, because of the looser selection procedures for Pan Pacs that leads to bigger rosters and bigger international lineups, that’s where you can look to peg the majority of the Olympic team.

On combination of the pandemic, the extra year wait, and a very high number of young qualifiers, this year a much smaller-than-normal percentage of the US Olympic team raced at Pan Pacs in 2018.

This was especially pronounced on the women’s side, where this year a whopping 12 out of 20 individual US Olympic swimmers (and 3 out of 6 relay-only swimmers) weren’t on the Pan Pacs roster. That accounts for over half of the Olympic Team.

The men’s roster also has a significant number of non-Pan-Pac’ers on it, though the number doesn’t stand out historically as well as the women’s does.

The Tokyo 2020 men’s roster has 7 individual and 3 relay-only swimmers. In 2014, those numbers were 3 and 4, respectively, while in 2010 they were 7 and 1, respectively. Digging deeper into the lists, the 2010 roster featured swimmers like Anthony Ervin and Brendan Hansen and Scott Weltz who were of an age to race at the 2010 National Championships, but skipped the meet for various reasons.

And so this marks another in a long line of ways to describe the unusual happenings of the 2021 meet, along with the unprecedented (Jake Mitchell‘s “A” cut swimoff and the relay-only swimmer cap) and the superlative.

It’s worth noting that there will be no Pan Pac Championships in 2022 because of the delay in the cycle that will see a long course World Championship meet next year instead, which means we won’t be able to compare 2024 data back.

Note: this data was tediously compiled by hand. Let us know if there are any errors or omissions.

I’m not shocked. It always seemed that the recent international rosters had plenty of women who were hard trying overachieving types without huge natural talent level. Those swimmers like Kelsi Dahlia, Mallory Comerford and Leah Smith find it more difficult to sustain that level once they are out of college and past the peak years for a female swimmer. There is no question this new wave like Huske and Curzan and White and Jacoby have greater upside than the 2017 through 2019 group.

yep the one year extra was huge

Shocking to observe Mallory Comerford fall off a cliff at the age of 23.

Bad case of mono, documented somewhere on this site.

I’ve come up with three possible factors for this big discrepancy: 1) the extra year and challenges of the pandemic 2) a wave of older generation swimmers either retiring or slowing down 3) deeper talent pool/less big stars, resulting in more specialization and more relay-only swimmers

Any other factors? I think 3 is the most important, maybe 1, but weighing their relative importance is basically impossible.

I too was pondering why the discrepancy skewing towards the younger gen. I love the move Touch the Wall documenting Missy Franklin and Kara Lynn Joyce’s journey to London 2012. What I found interesting in the movie, that I think is relatable in these circumstances, is that Missy had a stable and wonderful support team of friends, mom and dad, same coach for years etc. She had consistency sleeping in the same bed, eating moms food, having the same routine. Meanwhile as a pro Kara was living in a much less stable way- changing coaches, changing living locations, new apt, new pool, and most importantly, trying to figure out how to get by/get funding to continue pro swimming. (Side note,… Read more »

I might be wrong, but wasn’t the Pan Pac roster determined by 2017 summer nationals results, too? So add another year to that as well.

how many of these athletes have never been on a senior or junior international team before?