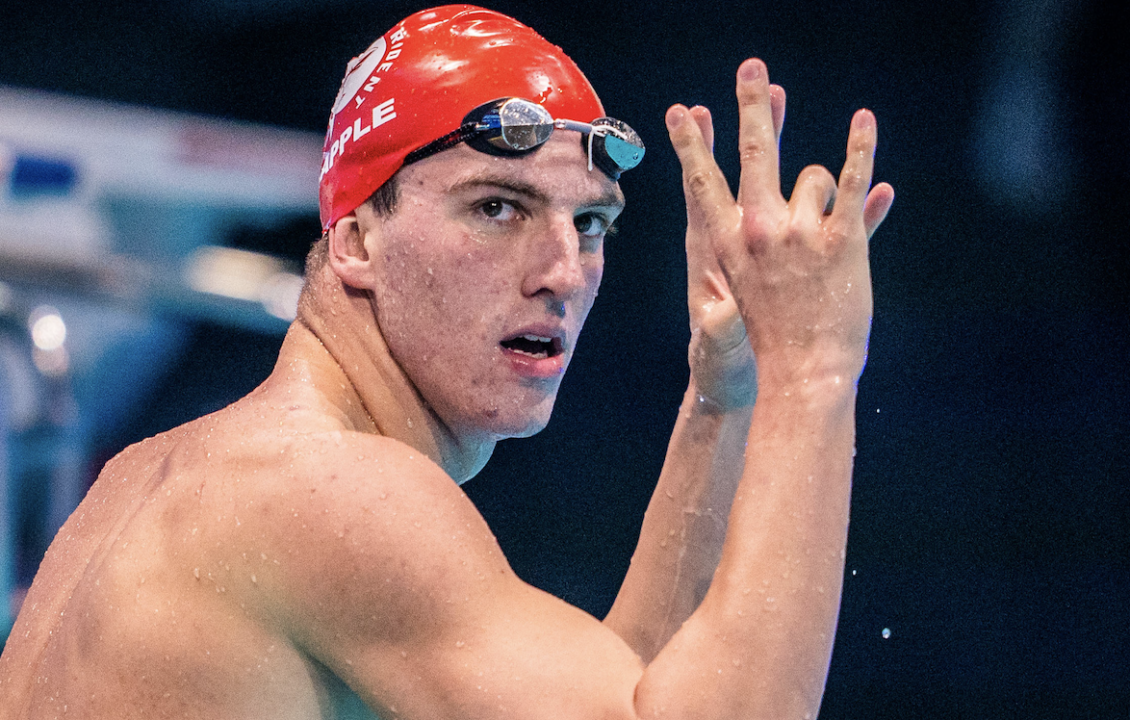 The DC Trident will retain breakout ISL star Zach Apple, with no major surprises in their top five picks announced today. Archive photo via Mine Kasapoglu for ISL

The DC Trident will retain breakout ISL star Zach Apple, with no major surprises in their top five picks.

Apple was the #21 overall regular-season scorer in the league last year. He was a force in the sprint freestyles, ending up as the second-ranked 100 freestyler in the ISL for the season. (The #1 swimmer, Caeleb Dressel, was not announced in Cali’s first 5).

DC retained three U.S. Olympians: Apple, Zach Harting and Jay Litherland. Harting is a 200 fly specialist who made his first Olympic team last week. Litherland didn’t compete last season, but was the league’s #120 scorer for DC in 2019. He gains some value with the new scoring system, which offers extra points at the 100-meter checkpoint of the 400 IM, Litherland’s best event.

DC also brought back Linnea Mack and Ting Quah. Mack had a finals appearance in the 50 back skins race last year and was the #77 overall scorer. Quah was the league’s #103 scorer.

There are five more rounds of retention, so those athletes could be retained later, or could be withdrawing from the season after appearing on the original registration list.

So I am confused – NY Breakers already said they would not retain Michael Andrew…why would you not retain him if he is one of, if not THE fastest swimmer on your team? Are the swimmers allowed to ‘pick and choose’ if they do not want to continue with that team? Like, didn’t Ledecky swim season 1 but opted out of season 2….that makes sense, but if she came back, is she required to swim with DC? Or is she a ‘free agent’?

The first thing you have to understand when trying to understand ISL operations is that, while there are rules, there are also always exceptions to those rules, and it’s likely that none of those exceptions, or the reasons for why some exceptions are made and not others, will never be answered publicly.

Beyond that – remember that each team still has 10 more “reserves” to announce. We have spoken to many American elites, especially, who have made clear that, barring a substantial change in different areas (including notably compensation), they’ll probably sit out this season, because after being gone for 6 weeks for Trials/Games, they don’t want to be gone for another 6 weeks right after.