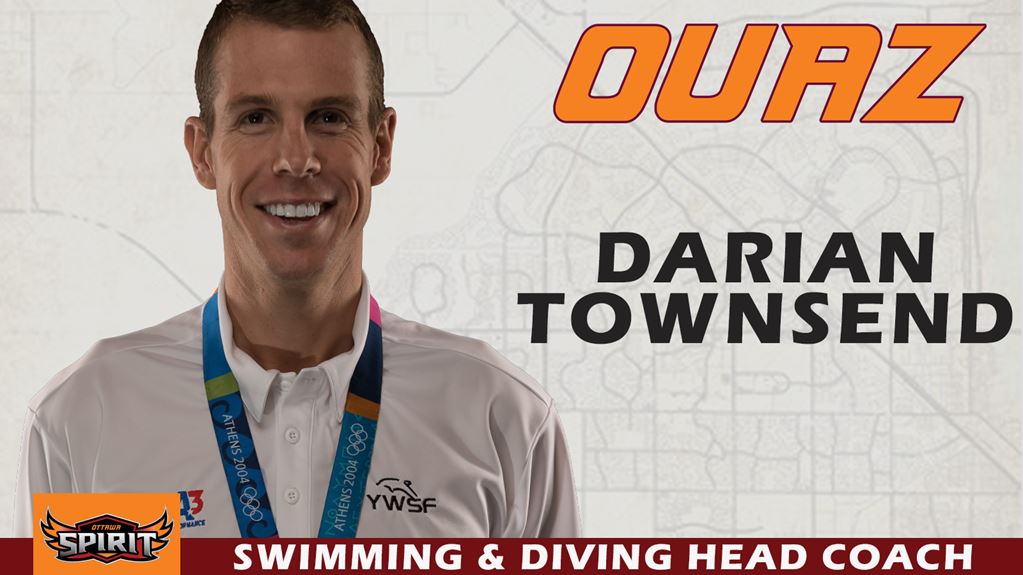 Darian Townsend, who won an Olympic gold medal as part of South Africa's 400 free relay in 2004, has been promoted to head swim coach at Ottawa University.

Ottawa University in Surprise, Arizona (OUAZ) has announced the promotion of Olympic gold medalist Darian Townsend to the role of head coach.

OUAZ is an NAIA school that announced in February of 2019 that it would sponsor men’s and women’s varsity swimming programs in time for the 2019-2020 season.

That start has been pushed by at least a year, and Townsend is already the program’s 3rd head coach before they’ve swum any official meets.

The program’s first announced hire was Jared Gilbert in February of 2019, and then in October they announced that water polo coach Austen Remer would take over swimming duties as well, with Townsend being brought in as an assistant.

Now Tosnwend takes over the role, bringing elite experience with him.

“I am thrilled to be part of the OUAZ family and cannot wait to showcase our swim team to the nation,” Townsend said about his new position. “I’d like to thank Kevin Steele for his belief in my ability to build and lead the OUAZ Swim Team. I’d like to thank my wife and young daughter for their support in me taking my career to the college coaching level. I look forward to many years of success representing OUAZ and everything that it stands for.”

He represented South Africa at the Olympic Games 3 times, including as part of a gold medal winning 400 free relay at the 2004 Games. Later in his career, in 2014, he became a US citizen and represented the Americans at the 2014 Short Course World Championships, where he won 5 medals, and the 2015 Pan American Games.

Townsend swam collegiately at both the University of Florida and the University of Arizona. He still ranks in the Arizona top-10 in four different events, including as a member of the relay team that holds the school record in the 4×100 Freestyle Relay.

A 2010 graduate from the University of Arizona with a bachelors in Sociology, Townsend and his wife, Claire, are the parents of one daughter, Ella.

Townsend says that he plans to continue in his role as the head coach of the YMCA Silver Fins, a nearby USA Swimming club.