Olympic Champion Simone Manuel to Compete at Energy for Swim 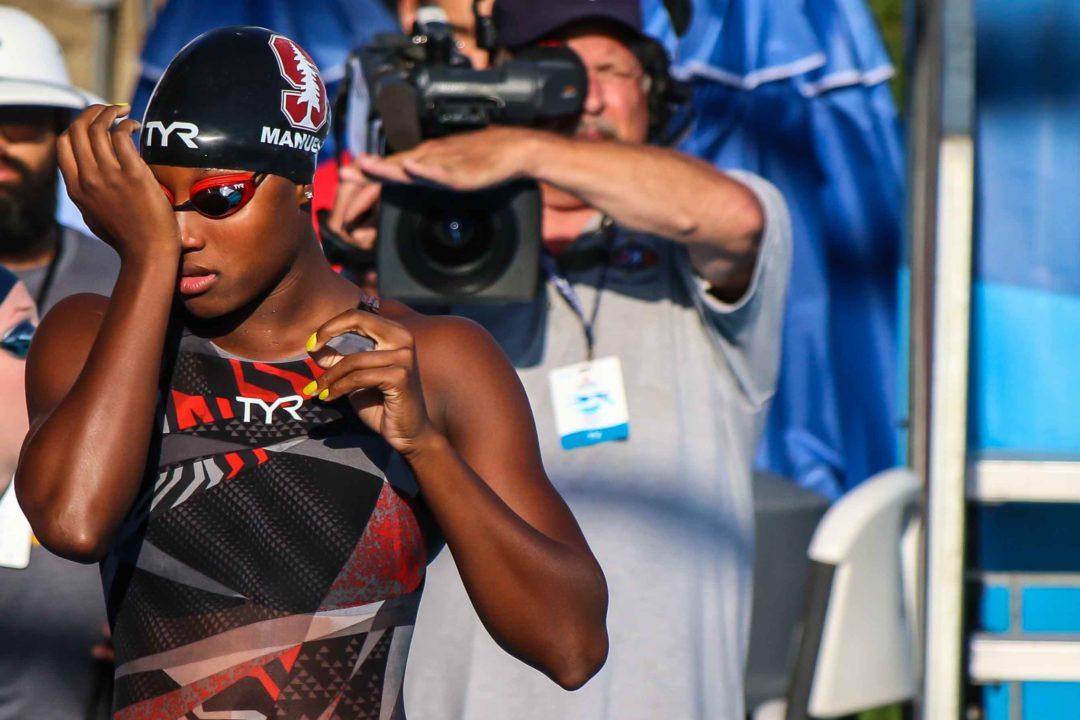 Olympic Champion Simone Manuel has signed a contract to compete in the Energy for Swim 2018 meet. Current photo via Jack Spitser

Olympic Champion Simone Manuel has signed a contract to compete in the Energy for Swim 2018 meet.

It’s actually the lawyers handiwork, incurring a cost to their client of US$119.28 per downvote, or so I’ve heard. 😉

If to assume that events of Swim for Energy meet a symmetrical on male and female sides and that organizers of the meet sent invitations correspondingly then we have to conclude that female swimmers are 50% more cautious with signing contract than male counterparts. Simone’s example may make them more decisive.

Why wouldn’t every pro athlete just sign up – they have nothing to lose now, and guaranteed $, either way??

How much are the athletes being paid to attend this meet? Do we know?

History repeats itself…Prefontaine vs. the AAU.

This is delightful news!

If Manuel can insist that an “inclusion rider” be added to her contract with TYR (for making her promotional media etc), then it’s important that she back that stance up with her participation at this meet.

Way to Simone, good job of walking the talk!

Her TYR contract does include an inclusion rider: https://swimswam.com/simone-manuels-tyr-contract-includes-unprecedented-inclusion-rider/

Seems like with this one we have fully confirmed the “dare you to suspend me” portion of this battle with FINA.

This is now the biggest non-world champs/olympics meet ever, right?

Would expect so. I think Mare Nostrum used to get a lot of big names in the 90s, but with so many more pros now this is bigger.

Certainly of the last 20 years. Hard to make comparisons to pre 90s because the ‘world’ of swimming was much much smaller.