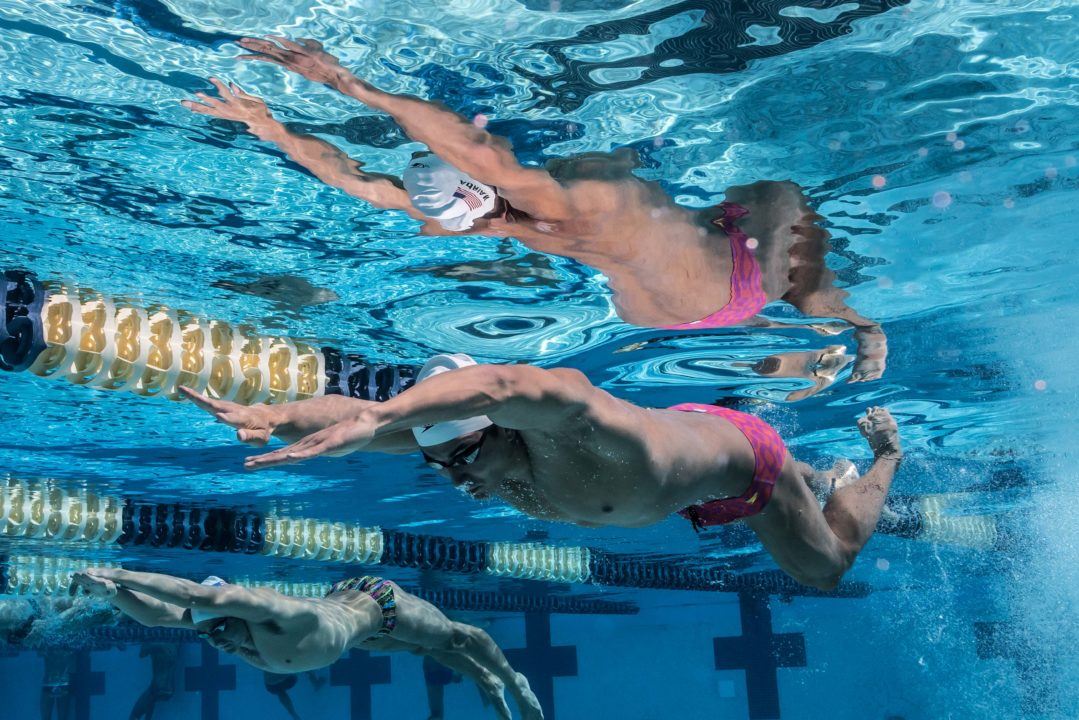 Short-course national titles will be on the line for many of the United States’ top swimmers next week at USA Swimming’s Winter National Championships, set for Nov. 29-Dec. 2 at Ohio State University’s McCorkle Aquatic Pavilion. Current photo via Mike Lewis/Ola Vista Photography

Short-course national titles will be on the line for many of the United States’ top swimmers next week at USA Swimming’s Winter National Championships, set for Nov. 29-Dec. 2 at Ohio State University’s McCorkle Aquatic Pavilion.

All sessions of the meet will stream online and via the NBC Sports app. NBC will air exclusive television coverage from Columbus on Sunday, Dec. 10 from noon-1 p.m. ET.

I don’t mean to take this thread off topic, but I was hoping to see Missy Franklin’s name in the list of competitors. Does anybody know when she is returning to competition?

Well I’d like to know if she is even seriously working out. Cause that is really going to tell us if there is even chance she still wants to compete

TAA the answer might disappoint you, if I had to guess she’ll continue to just lightly train with the Berkeley Men’s sprint/lower middle distance group and skip a lot of workouts to travel and make appearances (which she already is doing), and remain an ambassador of USA swimming since little kids still love her and her image is pretty positive. I wouldn’t be suprised if she still made the 800 free relays, but that probably won’t impress anyone considering who she is

Prelims SCY, finals LCM? I’m unfamiliar with how the meet is run

I believe it’s all SCY.